I never caught a single word – but it was definitely invigorating 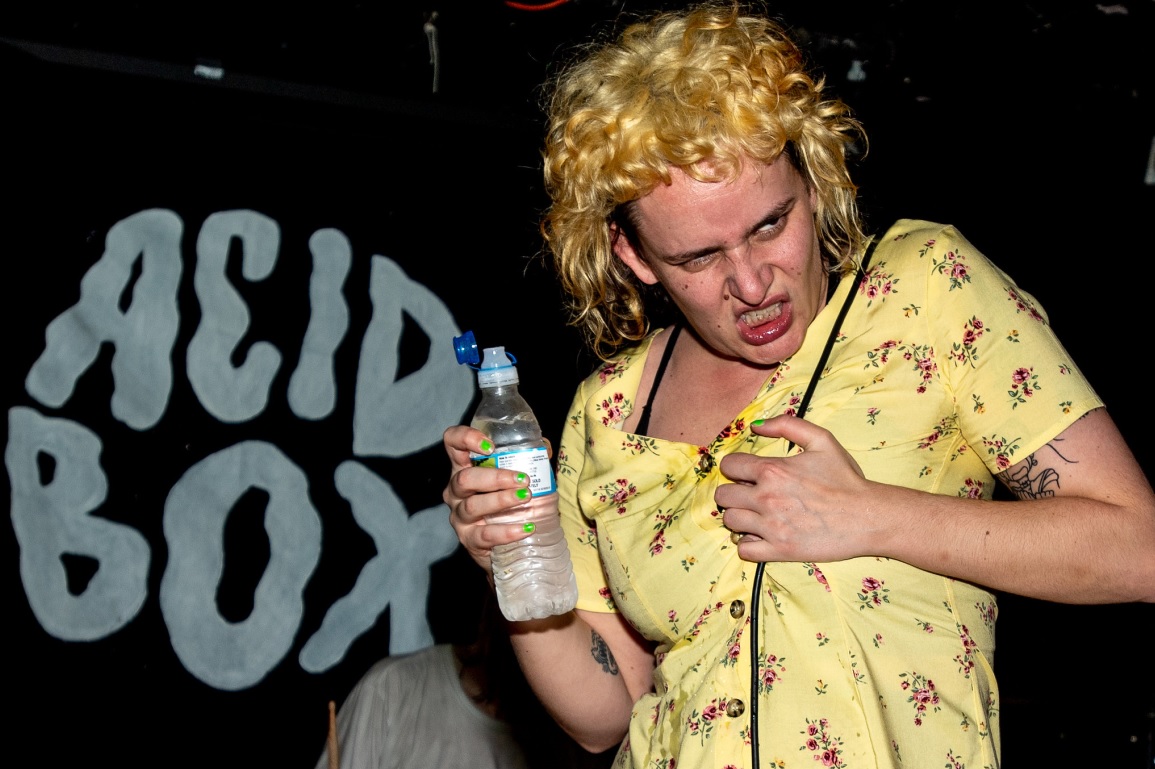 Let’s face it, the weather is currently pants with the endless rain, it was therefore a certainty that we were in for a soaking this evening. Did this small fact put us off gigging in Brighton tonight? Hell no!

In fact we took in two vastly different events, with the first being an in-store performance by Dog In The Snow at Resident in Kensington Gardens from 6:30pm to 7:30 (read the review HERE), and then from 8:30pm onwards we stationed ourselves at the popular Latest Music Bar in Manchester Street, which is around the corner from the Patterns venue.

Performing this evening for us were a trio of loud and proud acts from here in town and as far away as Liège in Belgium. My friend and our photographer were keen to witness all three bands, as I was too, but for myself I was primarily attending in order to witness my second helping of Brighton’s finest 2019 punk outfit known as Plastics. The other two being headliners Cocaine P*ss along with Lower Slaughter as main support. 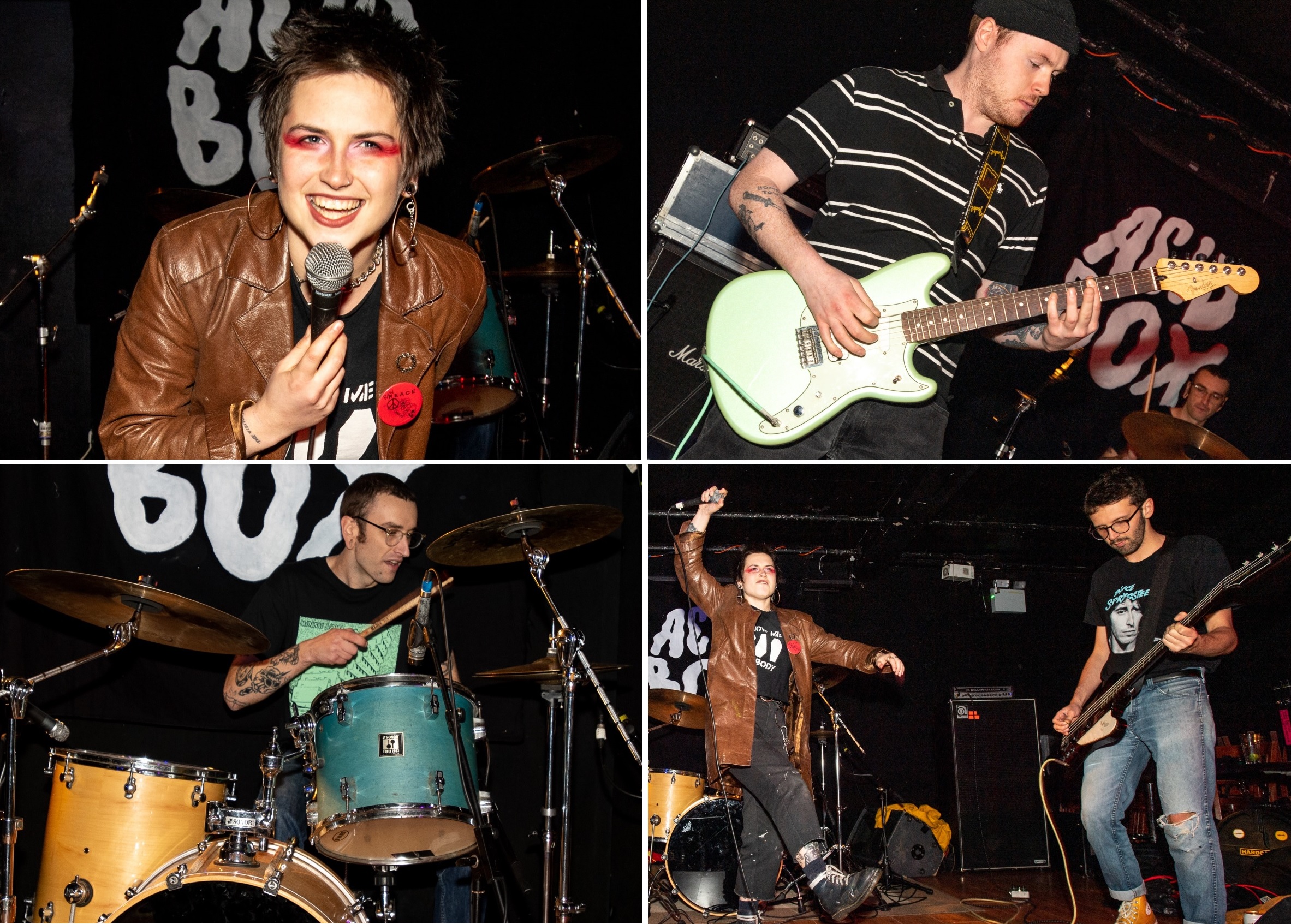 First up it was Plastics, who in my opinion played a criminally short set. Having said that, they only formed this January and so won’t exactly be loaded with tons of tunes, but they did omit one tune tonight. Maybe I will get to hear it next time.

Plastics are led by female vocalist Oli Carter Hopkins along with Sam Rack, James Claringbould and Louis Orm. The four-piece are an out-and-out punk band who would seriously go down well on the same bill as many of the bands who performed at Sheffield’s HRH Punk festival and Blackpool’s Rebellion punk festival this year.

I first saw the band back in July up at the Green Door Store, (read our review HERE) and at that stage they had only written five tracks. It was immediately evident back then that I liked this band. They offer up loud shouty punk with uncompromising ethics. Even their name sounds like an old Brighton band who would have existed in the late 1970’s and released tracks on Attrix Records.

Plastics are loud and raucous and I honestly haven’t got a clue about a single word that vocalist Oli was shouting about. This was certainly not solely restricted to them as all three acts offered us a barrage of lyrical delights, the subjects of which I know not. And tell you want, I don’t give two hoots about that. It’s the vibe and the music that does it for me. This is not singalongchartfodder, this is a state of mind with enormous energy being drilled at us lucky punters at the packed Latest Music Bar, and subsequently all songs by all three acts were heartily applauded with aplomb. 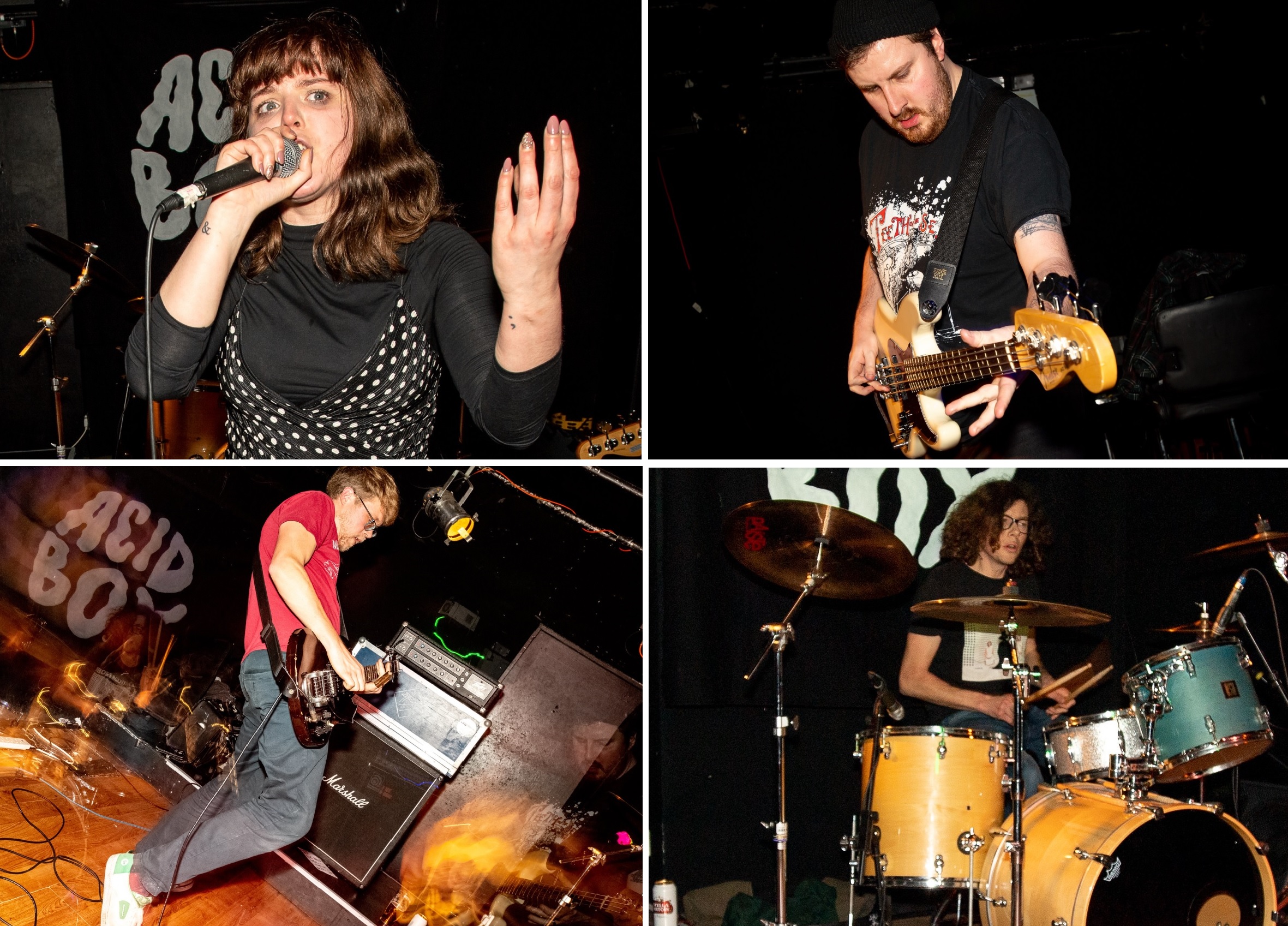 Next up were Lower Slaughter, who I have somehow not seen perform live before, which is surprising as they mainly hail from Brighton with a Glaswegian vocalist called Sinead, with the other members being Graham, Barney and Jon.

As before, the act bellow at you from all angles with drums, bass and guitar, but this time mainly from the metal and heavy rock directions. They don’t really look like how they should sound if you catch my drift. But they went down rather well with the appreciative punters, but weren’t really what I personally was looking for, which is obviously just my opinion, judging by the room, I was in a minority here.

In March they dropped their ‘Some Things Take Work’ ten track album and surprisingly tonight, according to their setlist, only played a sole number from it, namely ‘Revenant’, preferring to plunder their previous outing ‘What Big Eyes’ from 2017, with all the other six tracks. Although it did feel as though they performed more than seven tracks. 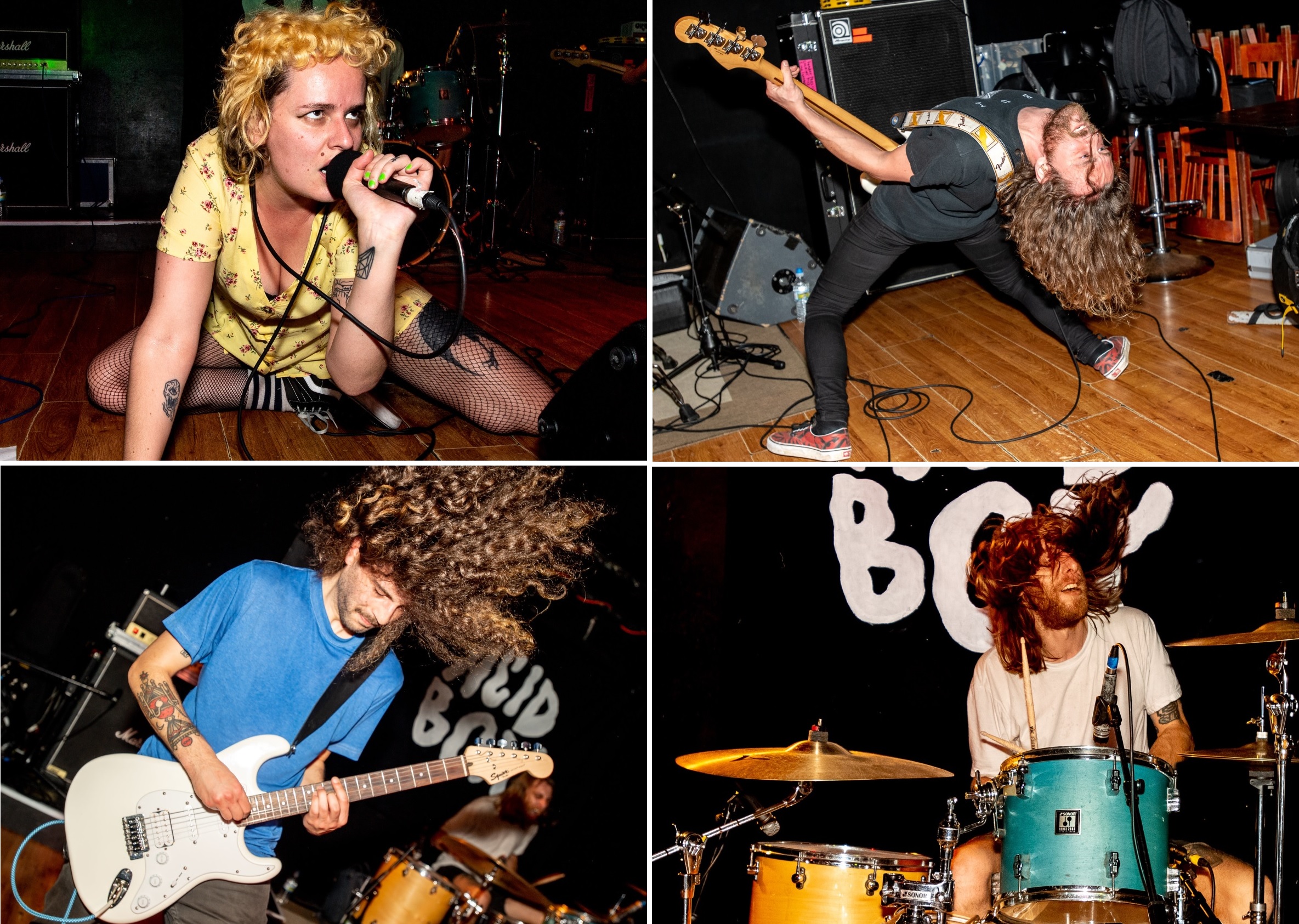 It was finally time for our Belgian friends with the confrontational but memorable name, Cocaine P*ss, to grace the unusually large stage for the size of venue. The band who formed in 2014, are no strangers to Brighton having annihilated a packed crowd at The Haunt (now CHALK) at The Great Escape Festival in May this year. The lineup back then was Aurélie Poppins (vocals), Mathias Estelles Y Carion (guitar), Farida Amadou (bass) and Yannick Tones (drums). However this evening it was evident that female Farida has been replaced by a male chum.

They certainly are a hugely enjoyable punk outfit who are purveyors of spitting out minute-long bile coated slices of pure punk rock, which certainly whipped up several members of the audience into a chaotic messy mosh. Their high octane blend of punk and noise was gratefully received by all and sundry, even though we hadn’t got a clue as to what the words were. But in fairness we were often distracted by vocalist Aurélie Poppins slightly outrageous behaviour in flashing her knickers on several occasions and slapping her rear and heading off into the crowd and hugging one of them called Josh. This is a vocalist who makes use of every inch of the stage and clearly beyond. The nearest we have locally to Cocaine P*ss is Brighton’s own Pussyliquor, and in general I would suggest the similarity to Australia’s Amyl & The Sniffers, but they are each their own band.

They played 20 tunes in total with no encore and all 12 tracks from their latest 2019 ‘Passionate And Tragic’ album had an outing. It was an enjoyable set and if they came back to town again, I would certainly make a point of going. 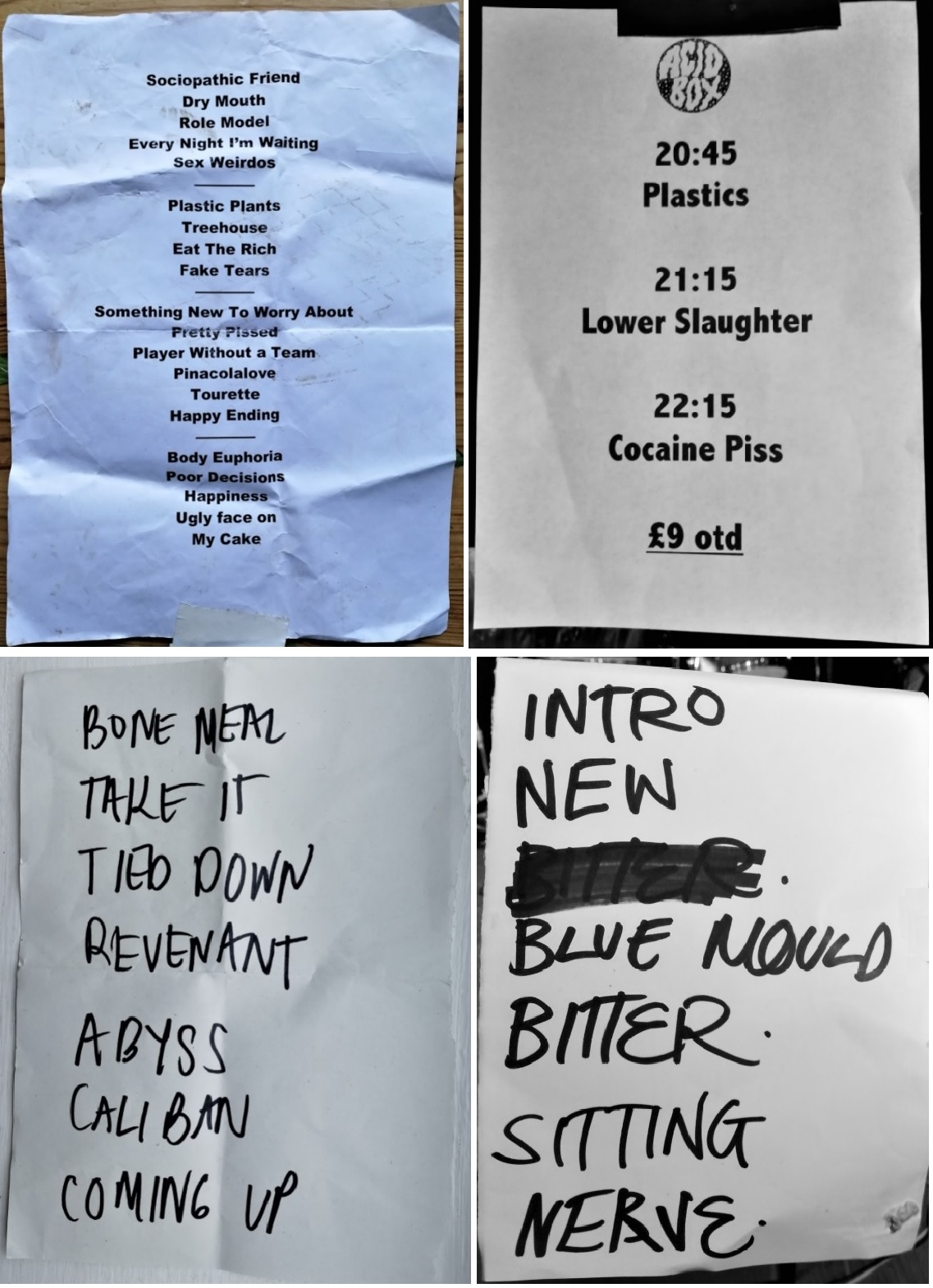