The Orielles to make a welcome return 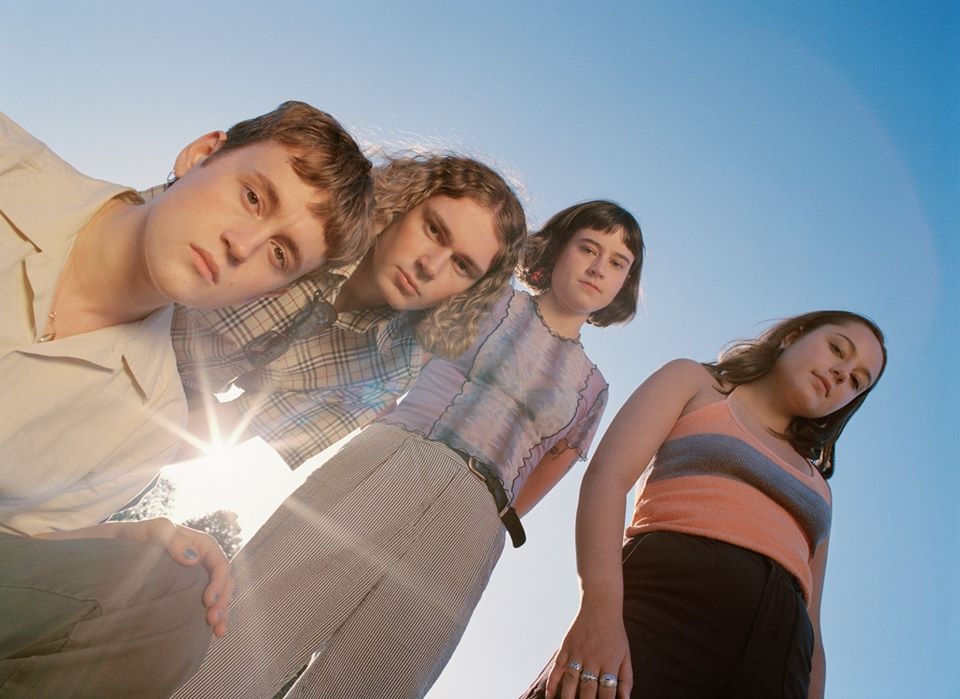 The Orielles heading back to Brighton with a new album

The Orielles will be returning to Brighton this coming March and it will be at least their third time in the city. Here is a band that are certainly on the up with a palpable buzz about them. They have even been snapped up by ‘the label in the know’…Heavenly Recordings. It seems they certainly have an eye for emerging talent, with already Amber Arcades, audiobooks, CHAI, Confidence Man, Halo Maud, Hatchie, Pip Blom and Stealing Sheep, on their books! Which incidentally we have managed to report on live performances from ALL of them during the past year or so. 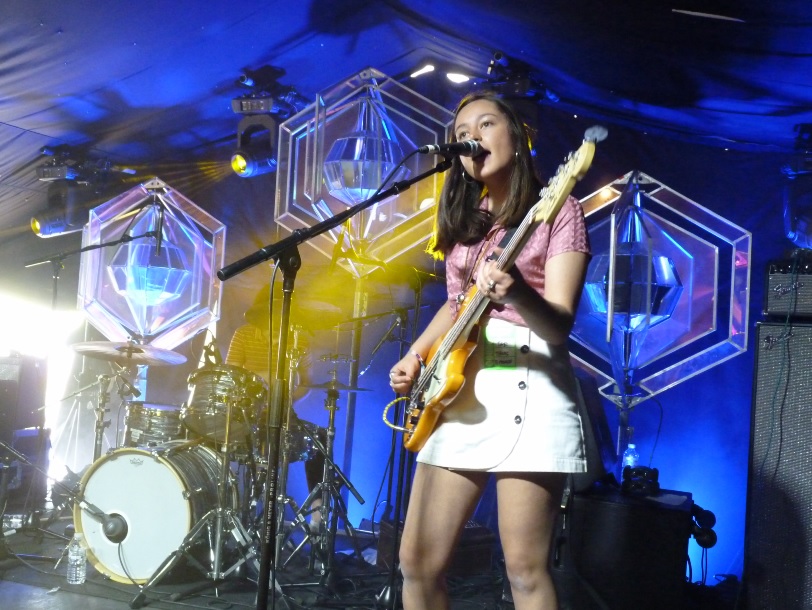 Our first live encounter with The Orielles was at this year’s Great Escape new music festival, on 17th May, where my colleague Martin J. Fuller reported…….

“I was delighted to see this young, up-and-coming Halifax based band on the bill at The Great Escape as I had missed their appearance at Brighton’s Sticky Mike’s Frog Bar last year due to a prior engagement. I first became aware of them when their sublime and retro-sounding ‘I Only Bought It For The Bottle’ popped up on my Twitter feed last year. I was hooked from then.

The Orielles are sisters Esmé Dee and Sidonie B Hand-Halford who met guitarist Henry Carlyle Wade at a house party, clicked, and formed a band the next day. It’s hard to comprehend that such a young band can produce an accomplished and polished performance as they did on this hot, sunny Thursday afternoon in the darkened Beach Club marquee.

Influenced by 80’s/90’s American alt rock/indie bands and with a love of all things Tarantino, The Orielles produce a distinctive, absorbing and retro sound. Set highlights included ‘Let Your Dogtooth Grow’ , ‘I Only Bought It For The Bottle’ and the heady and quite sublime ‘Sugar Tastes Like Salt’ which closed out the set.

Their debut album ‘Silver Dollar Moment’ is out now. Catch them on the way up while you can!”.

Since The Great Escape in May, The Orielles returned to Stockport’s Eve studios, where the band cooked together, went swimming, took walks, and relaxed in the soundwaves of an occasional gong bath. Henry, Sid and Esme called a family reunion under the watchful whisker-twitching of studio cat, Adam (“He was probably a producer in a past life,” they say). They expanded the trio with the addition of keysman Alex Stephens, who has now added texture through his classically trained know-how. They re-joined with engineer Joel, and producer Marta Salogni (Liars, Björk, The Moonlandingz) whose vast expertise of drones, delays and mad effects were so intrinsic to their forthcoming new album ‘Disco Volador’. The band sketched out their album plan with Sharpie doodles on the studio wall. Guitarist Henry stated that “Marta is so positive, she has a great way of getting the best out of us,” and Sid added that “Marta is the 5th Orielle, because we’d worked together before, we were even tighter; it’s a shared mind-set.” For Marta, the feeling is mutual; “It’s sonic tidying really, the band just do their thing and I work with that.”

The fruits of their labour will be let loose two days before their forthcoming Brighton concert. So fans will only have a short window in which to learn all of the 10 tunes. Of course they could simply wait and snap up a copy at the Brighton concert venue, which this time around is CHALK (formerly The Haunt) in Pool Valley. The appearance will be on Sunday 1st March 2020 and the album is out on Friday 28th February 2020. The album features the band’s new single ‘Come Down On Jupiter’ and follows the critically acclaimed debut ‘Silver Dollar Moment’. 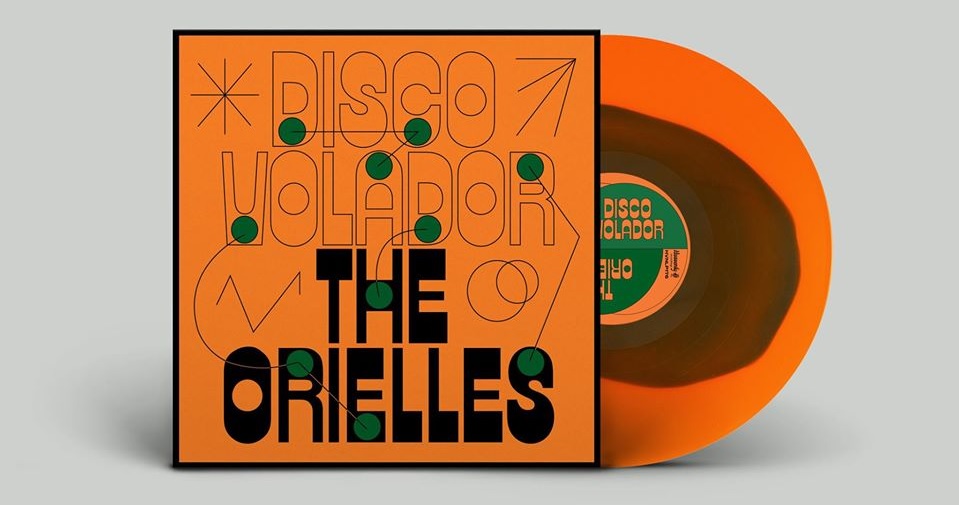 Order your copy of the ‘Disco Volador’ album from Heavenly HERE.  If you can stretch to £19.99, then the transparent orange vinyl with green blob centre signed edition is sure a must!

Purchase your concert tickets from
Seetickets, Ticketweb and Gigantic. 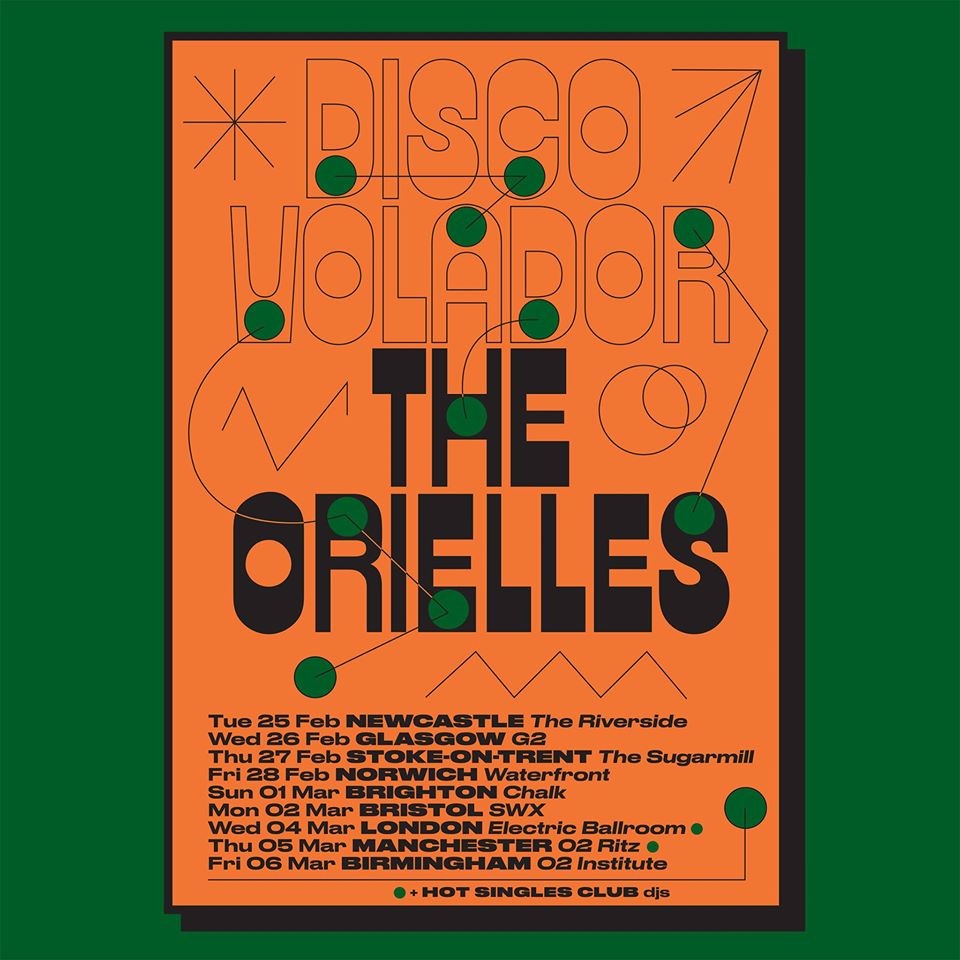