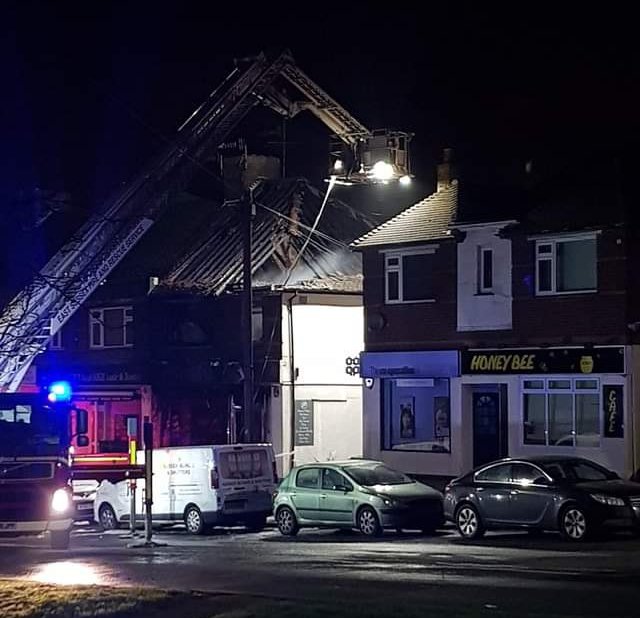 The Pretty Pascalle beauty salon in Warren Road, Woodingdean and the flat above were engulfed in flames.

All people are accounted for and there are no reported injuries.

East Sussex Fire and Rescue said: “At 03:55, East Sussex Fire & Rescue were called to a fire in a ground floor shop and domestic flat above on Warren Road, Woodingdean, Brighton.

“By 5.45am crews had surrounded the fire and steady progress has been made to put the fire out.

“At the height of the incident six breathing apparatus, four hose reel jets, one in seven foam and the aerial ladder platform was used to bring the fire under control.

“The incident is now being scaled down.

“A fire investigation will take place to establish the cause.

The number 2 and 22 buses are currently diverted.

The road reopened at about 9.30am but wss due to close again at 11am.