A body was found in a flat in Hove this morning (Friday 4 September). 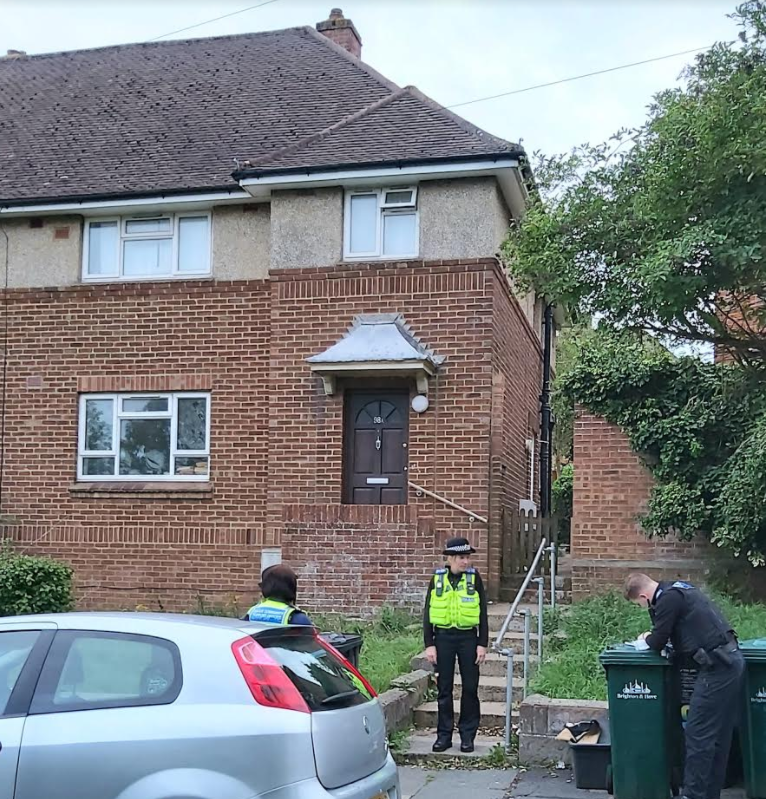 The death is the second to be linked to the same flat in the West Blatchington area of Hangleton, in less than five months.

Neighbours, in Downland Drive, said that they suspected that the deaths were both linked to drug taking.

The first death happened on Thursday 9 April after Kimberley Galt, 32, was taken from the flat to the Royal Sussex County Hospital, in Brighton.

An inquest into her death is due to be held on Thursday 8 October.

Officers from Sussex Police today arrested a 34-year-old man from Brighton, named locally as Matty, on suspicion of supplying a class A drug.

The dead man was understood from other sources to be Paul Tooher, 35.

The police said: “Police in Brighton and Hove have launched an investigation after a man was found dead inside a property.

“Officers attended a property in Downland Drive, Hove, this morning where a man was found deceased within.

“The death is currently being treated as unexplained and inquiries to establish the circumstances around the death are continuing.

“A 34-year-old man from Brighton was arrested inside the property on suspicion of supplying a class A drug.

“He remains in custody while inquiries are ongoing.”