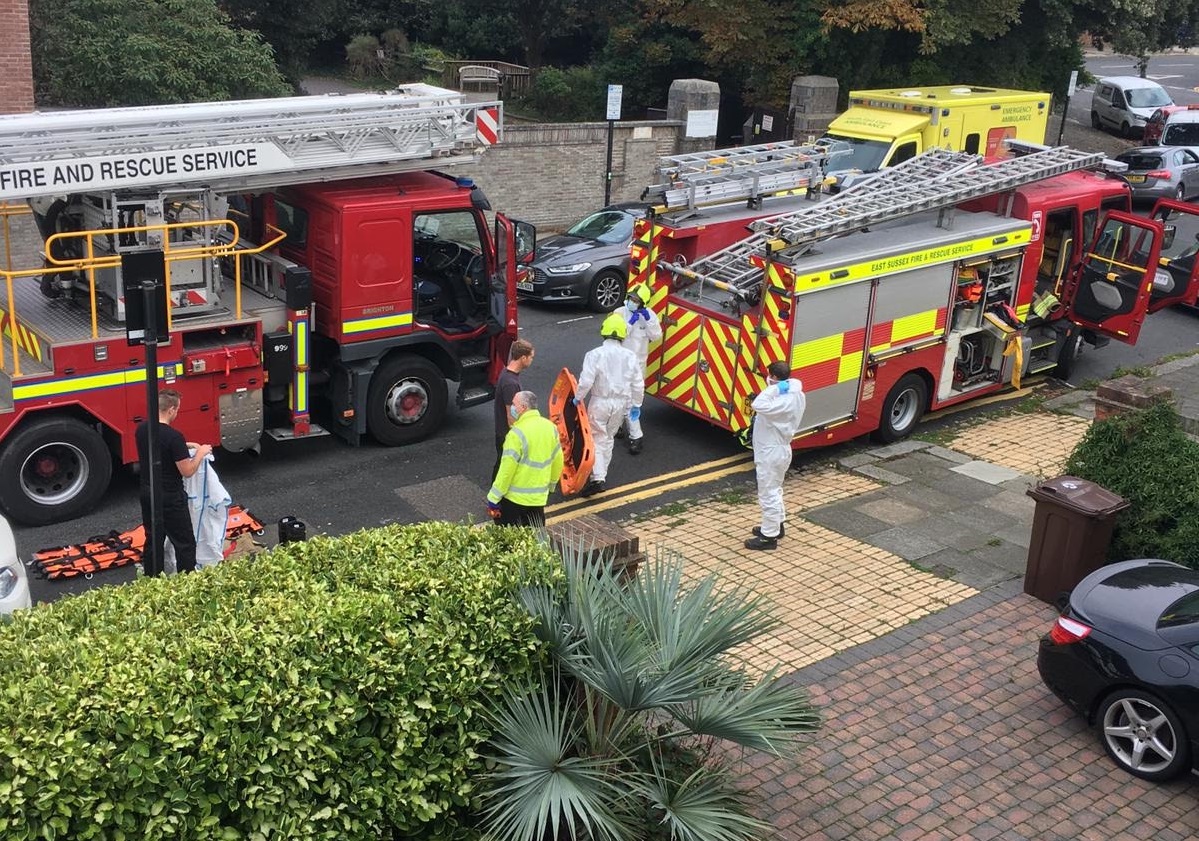 Firefighters wearing protective clothing were called to a medical incident at a Hove nursing home this morning.

Residents of Princes Crescent woke up to crews wearing white suits laying stretchers on the pavement opposite Barford Court.

The resident who took the photo above said firefighters told her they were assisting paramedics.

Both the ambulance service and the fire service refused to say what the nature of the incident they were called to was. On Wednesday morning, the fire service confirmed it was not a chemical incident.

A spokeswoman for Royal Masonic Benevolent Institution, which runs the home, said: “A resident at Barford Court was taken ill earlier this morning. Staff called for an ambulance for further assistance and the person was transferred to hospital for further routine checks.

“The fire service was also on scene to support moving the resident.

“Most of our residents are in their 80s and 90s with underlying health conditions, so from time to time, may require further medical assistance.

“The case was not related to Covid- 19 and the visit by the paramedics or fire brigade did not impact on any other residents.

“We do not know why the firefighter who attended dressed in the PPE shown.”