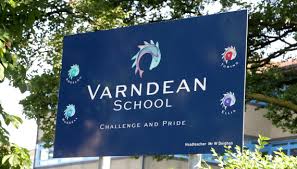 By yesterday afternoon, the council had reports from three primary schools, two secondary schools and one special school which had not already reported cases.

Today, another primary school, Cottesmore, asked parents of reception children to collect them after a positive case in their bubble.

Varndean High School told parents there had been a case within the school and students would be informed if they needed to self-isolate.

These are the first cases at both these schools parents have been informed of.

And another case was reported at Patcham High today – unconnected to the previous case last month. All the pupils asked to self-isolate from contact with the first case returned to school on Friday.

Brighton and Hove City Council previously said on 25 September that it had received reports from three secondary and five primary schools that a member of their community had received a positive test result.

This brings the total to six secondary schools, nine primary schools and one special school reporting cases (including the schools informing parents of a case today) since term started again.