Ninety bottles of fake booze were seized from a popular Brighton convenience store which now faces losing its alcohol licence.

Awarah Shikha, 28, director of Sabina Mini Market, also known as Tivoli Food and Wine, told a Brighton and Hove City Council trading standards officer that he had bought the fake wine from a “white van man”.

Sussex Police and the council’s licensing and trading standards departments want the store’s alcohol licence taken away because of the illicit drink as well as other breaches of licensing conditions.

A report going before a council licensing panel next Monday (9 November) includes a statement from trading standards officer Catriona Macbeth after a routine inspection at the shop in Tivoli Crescent on Monday 2 March.

She said that she noticed bottles of Verbano and Mirella prosecco on display, which are known counterfeit products.

One bottle of Blossom Hill white zinfandel had a suspicious label although all the other bottles of the same brand on display proved to be genuine.

Mr Shikha provided paperwork so that products without English labelling could be traced but he could not account for the suspect bottles.

“He told me that he didn’t want to lie to me and that he had bought the Verbano prosecco from a white van man approximately one year previously but that he would have invoices for the other products.

On Tuesday 3 March trading standards confiscated a bottle of Blossom Hill white zinfandel, 47 bottles of Mirella Prosecco and 43 bottles of Verbana prosecco which were either on display or in the store room.

Ms Macbeth described it as an “excessive” amount of alcohol for a small store.

Her report included details of previous inspections, including in February 2017, when Polish lager was on sale without English labelling, and three 70cl bottles of Bell’s “whiskey” were on sale without duty stamps and were removed from sale.

Sussex Police carried out its own licensing inspection on Friday 28 August in response to the issues identified by trading standards officers.

Force licensing inspector Robert Lovell was “alarmed” to discover the designated premises supervisor (DPS), who should have day-to-day responsibility for running the business and authorising alcohol sales, had left in 2016.

There was no evidence of staff training, use of a refusals book and he security camera system had the wrong “time stamp” and did not cover the entire shop floor. 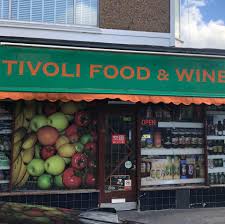 A second inspection on Monday 5 October found the licence was not correctly displayed and that staff had not received the required training.

Inspector Lovell said: “Taking the above into account and the reasons why trading standards have called this review, Sussex Police do not have confidence in how the premises is being run by the current management and their wish or ability to promote the licensing objectives.

“Although the premises has appointed a new DPS, the premises licence holder is still Awarah Shikha and as such has overall control on how the premises is being run.”

The council’s licensing department also wants alcohol sales withdrawn after a licensing officer discussed the issue of personal licences and the DPS role with Mr Shikha.

The council licensing officer, whose name and details were redacted from the council’s report, said that he or she had several telephone conversations with Mr Shikha before the department received a valid DPS application.

The anonymous official said: “It seems that Awarah Shikha has no understanding of the responsibilities of holding a premises licence and during a telephone conversation confirmed that he had never read the premises licence or conditions.

“I have little confidence that this situation will change and the premises licence will be adhered to.”

Neighbours have sent 24 letters of support for Mr Shikha, praising him and his staff for their professionalism and underlining the importance of the shop to the community.

One neighbour, whose details were redacted by the council, said: “Awarah has by far been the best owner of this shop since we have lived here and runs his shop in an excellent way – the shop is a valuable community resource.

“During lockdown, it was a lifeline for many of us in the area. They take the time to get to know their customers which is rare in retail these days.”

Another neighbour praised Mr Shikha as “the most visible” of owners who brought the community feeling “up a notch”.

They said: “Awarah is a responsible and family-orientated man who sees the selling of alcohol as a serious responsibility.

“Without a licence to sell alcohol, I doubt the shop would be able to remain open, which would be a huge loss to the community and, of course, to Awarah and his family.”

The licensing panel is due to hold a “virtual” meeting starting at 10am next Monday (9 November) which is scheduled to be webcast on the council website.