Work to repair two historic seafront shelters, which have been repeatedly targeted by vandals, is due to begin in the new year. 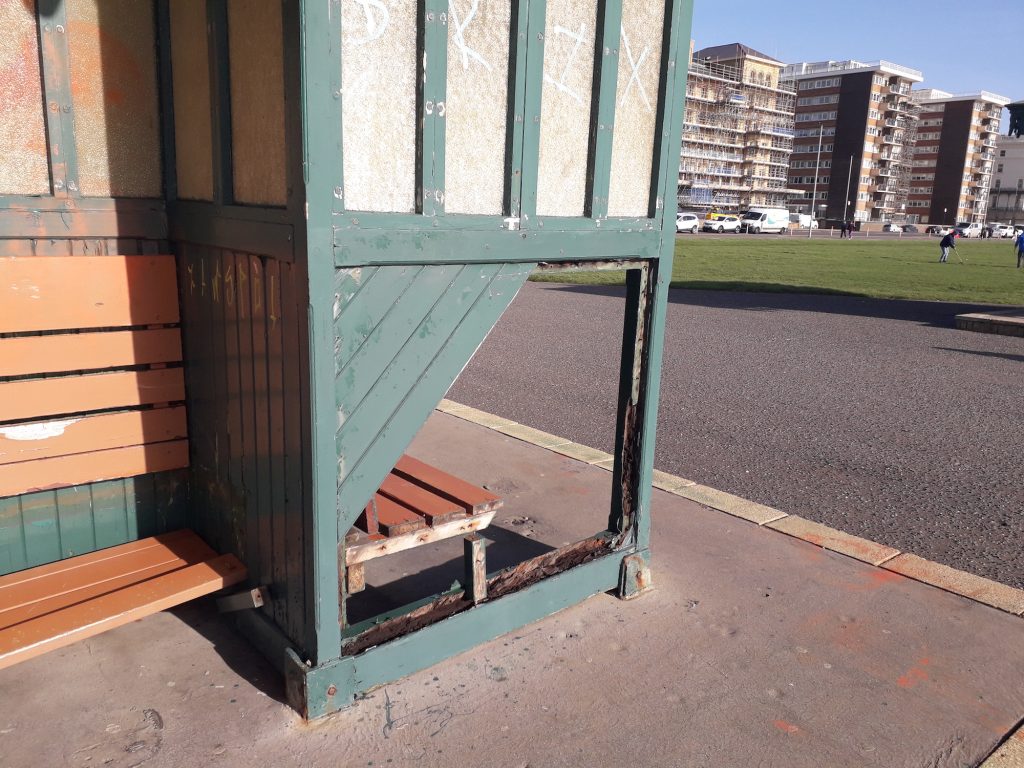 Wooden panels are missing and both shelters are covered in graffiti

The shelters, in King’s Parade, at the bottom of Grand Avenue, have been left in a poor state over recent months.

Wooden benches are broken, wooden panels are missing and they have been covered in graffiti.

In August, this year, they were targeted by vandals who also attacked the neighbouring beach huts.

The shelters were once a favourite of King Edward VII and Queen Alexandra who would spend time relaxing on the benches during their many visits to the city.

Brighton and Hove heritage commissioner Roger Amerena said: “These two historic grade II Hove Lawns shelters are at a pivot point when viewed from Grand Avenue to the sea and also from the promenade north.

“The east one was often used by HM King Edward VII RI when staying at King’s Gardens. As they are public assets, Brighton and Hove City Council have a duty of care to look after them, and we would expect the repairs and restoration to be of the highest standard.”

A council spokesman said: “Various bits of vandalism have occurred at the shelter over a number of months.

“Adding this to the weather and general wear and tear, we will be replacing damaged benches and timbers and repainting the shelter early next year.

“We have met with a contractor who will soon fence off the shelter in preparation for the work to be carried out.” 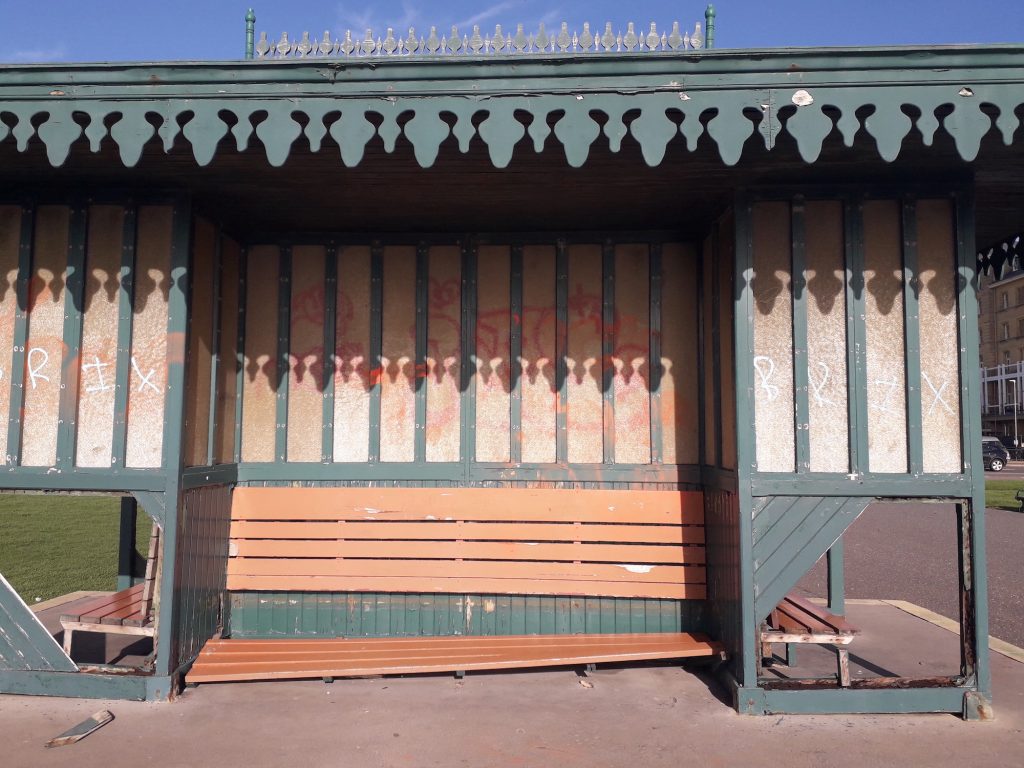 Councillor Gary Wilkinson, for Central Hove ward, welcomed news of the restoration. He said that he had noticed an increase in graffiti and vandalism in the area.

He added: “The shelters are historic, meaningful and beautiful structures and it’s a real shame they’ve fallen into disrepair.

“I welcome the fact that the council wish to start restoration works on the shelters, and I’d urge them to begin these as soon as possible, and to tackle the rise in graffiti and vandalism more widely in the area.” 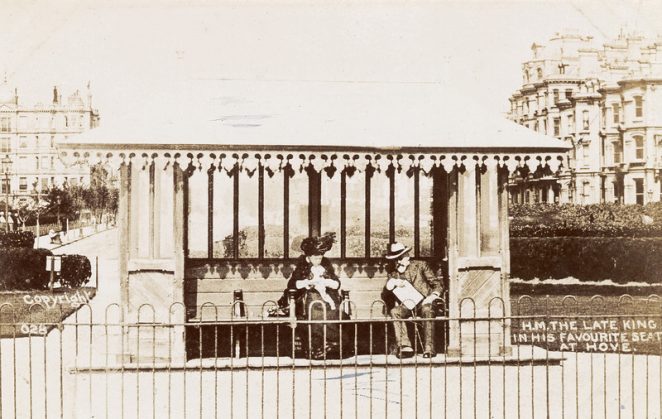 A spokeswoman from Sussex Police said the last report of vandalism was in August 2020.