A paedophile who targeted a 13-year-old girl from Brighton has been jailed for 11 years and three months.

Kerien Rudland, 25, unemployed, of Alwold Crescent, Eltham, London, also tried to groom someone else online, believing them to be a 13-year-old girl too.

But he was dealing with a decoy who was pretending to be a teen.

Rudland was sentenced by Judge Anne Arnold at Chichester Crown Court today (Friday 25 June) after she presided over his trial at Brighton Crown Court.

He had denied trying to incite a girl under 16 to engage in sexual activity and sexual communications and trying to cause a child to watch a sexual act.

He was convicted of the offences, committed online at his family address in Hull, by a jury at Brighton Crown Court.

He pleaded guilty to the four offences involving the girl from Brighton, who cannot be named for legal reasons.

He pleaded not guilty to two offences – of abducting the girl from Brighton and sexual assaulting her – and Judge Arnold directed that the charges lie on the file.

Rudland was registered as a sex offender and made the subject of a sexual harm prevention order, aimed at placing severe restrictions on his access to children and computers.

Sussex Police said: “The prosecution was authorised by the Crown Prosecution Service (CPS) after an investigation by officers from the Brighton Safeguarding Investigations Unit.”

“He began his offending online, quickly progressing to contact sexual offending with a child.” 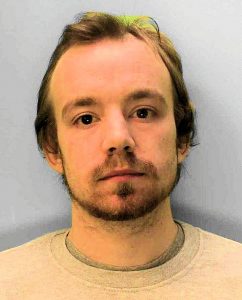 “She was reported missing by her family and when we checked her PlayStation we found recent contact between them via Facebook.

“As a result of our intensive inquiries, working with our colleagues in the Metropolitan Police, they were located in London at his mother’s address, where he was living, by 11am the following morning and he was arrested.

“The girl was safe and has been receiving support from our specialist officers and independent agencies since.

“We also received valuable assistance from both Humberside Police and British Transport Police.”