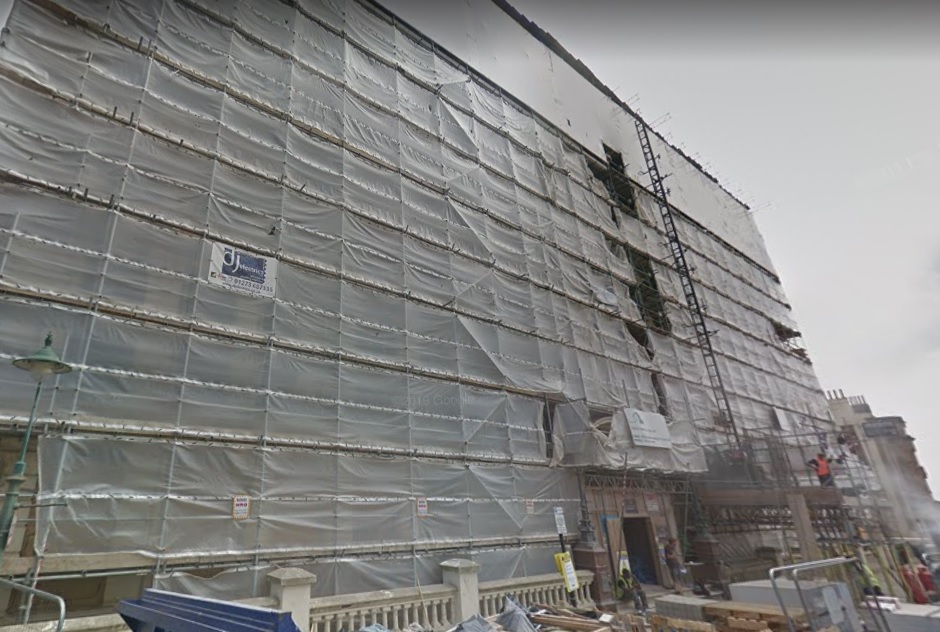 A jury has convicted two construction company bosses after the death of a roofer while working in Hove.

Graham Tester, 60, died in July 2018 while working on the conversion of the Lansdowne Place Hotel, formerly the Dudley Hotel, into flats now known as Dudley Mansions.

Sussex Police said today (Saturday 16 April): “A pair of construction company owners have been convicted of health and safety offences, including one conviction of manslaughter by gross negligence, after a worker fell to his death on a building site in Hove

“Steven Wenham, 48, of Charlotte Street, in Brighton, and John Nicholas Spiller, 52, of Fishersgate Close, in Portslade, were found guilty of several charges at Brighton Crown Court on Thursday (7 April) following a long and complex investigation led by Sussex Police, with support from the Health and Safety Executive (HSE).

“A prosecution had also been brought against two companies of which the pair are directors – Total Contractors Ltd and Southern Asphalt Ltd.

“It follows an incident at a building site in Brunswick Street West, Hove, on Friday 27 July 2018 in which a roofer sub-contracted by Southern Asphalt fell two storeys from a ladder to his death.

“An inspection from the HSE found multiple safety failings including no scaffolding or barriers to protect those working at a height.

“The victim – 60-year-old Graham Tester – had been using a ladder, secured with only two nails hammered into a timber frame on either side of it.

“Wenham was charged with, and found guilty of, manslaughter by gross negligence. Both he and his company Total Contractors Ltd were also found guilty of two offences under the Health and Safety at Work Act regarding failure to properly safeguard against serious injury or death from a fall from height.

“Spiller was found not guilty of manslaughter, but convicted of an offence under the Health and Safety at Work Act regarding a failure to properly safeguard against serious injury of death from a fall from height.

“Both men have been released on bail awaiting sentence on Tuesday 7 June.”

“Steven Wenham and John Spiller failed in that duty – the consequences of which were Graham’s tragic death and an irreparable loss to his children and grandchildren.

“It is my hope that Sussex Police’s investigation and the subsequent trial were able to answer his family’s questions and offer them some measure of comfort that justice has been done.”