A cyclist is being asked to contact police about a road rage attack in Brighton which left a Mercedes car with more than £1,000 of damage.

She “may have important information”, according to Sussex Police when it made a public appeal for help tracing her today (Friday 10 March).

The force said: “Police want to speak to a cyclist in connection with a suspected road rage incident in Brighton in which a car was damaged.

“Four nearside panels on the silver Mercedes 350 were damaged in the incident which happened in Preston Drove around 4.15pm on Friday 3 March.

“It occurred after the driver of the car had sounded his horn at another vehicle that had pulled out in front of him. It is thought that the cost of repairs may run into four figures. 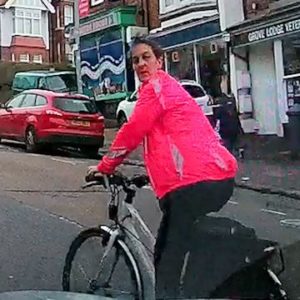 “It is believed that the cyclist shown may have important information and police have asked for her to contact them or for anyone who recognises her to report to https://sussex.police.uk/contact-us/response-to-appeal or call 101 quoting serial 913 of 03/03.”