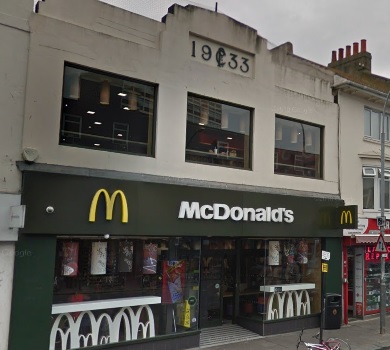 Police have arrested a man in connection with a small fire in London Road, Brighton.

Officers received a report of a verbal altercation occurring between a man and staff in the McDonald’s branch at 4.45pm on Friday (January 25) and the man was asked to leave. A small fire was then started outside the premises, which was attended by East Sussex Fire and Rescue.

No one was injured and the fire was quickly extinguished.

A 40-year-old-man from Brighton was arrested on suspicion of attempt arson with intent to danger life and the use of threatening, abusive, insulting words or behaviour with intent to cause fear of or provoke unlawful violence.

He was released on bail until February 21.