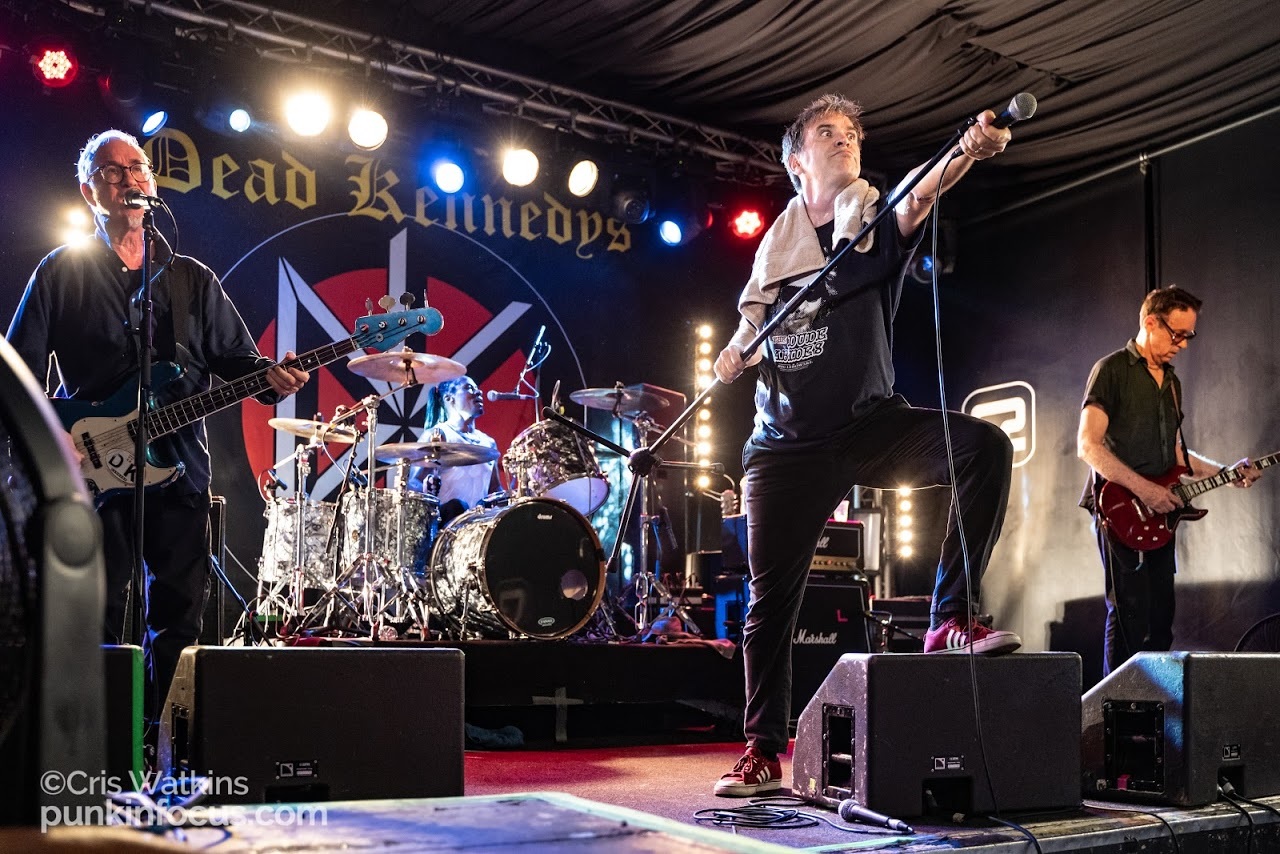 It’s been a very long time since American punk band the Dead Kennedys have come to play a gig Brighton and finally tonight was the end of the long wait.

The vast majority of fans will associate the band with their former co-founding frontman vocalist, the 61 year old Colorado born Eric Reed Boucher aka Jello Biafra, who was heading the band from 1978 -1986.

Biafra is famed for his sardonic lyrics and biting social commentary, which he delivered in his unique quiver of a voice. When the band initially disbanded in 1986, he took over the influential independent record label ‘Alternative Tentacles’, which he had founded in 1979 with Dead Kennedys bandmate East Bay Ray. These days Biafra primarily focuses on spoken word performances and there is certainly no chance of him getting back together with his former bandmates as he was found “guilty of breach of contract, fraud and malice in withholding a decade’s worth of royalties from his former bandmates”. So anyone expecting him to return to the fold – forget it. 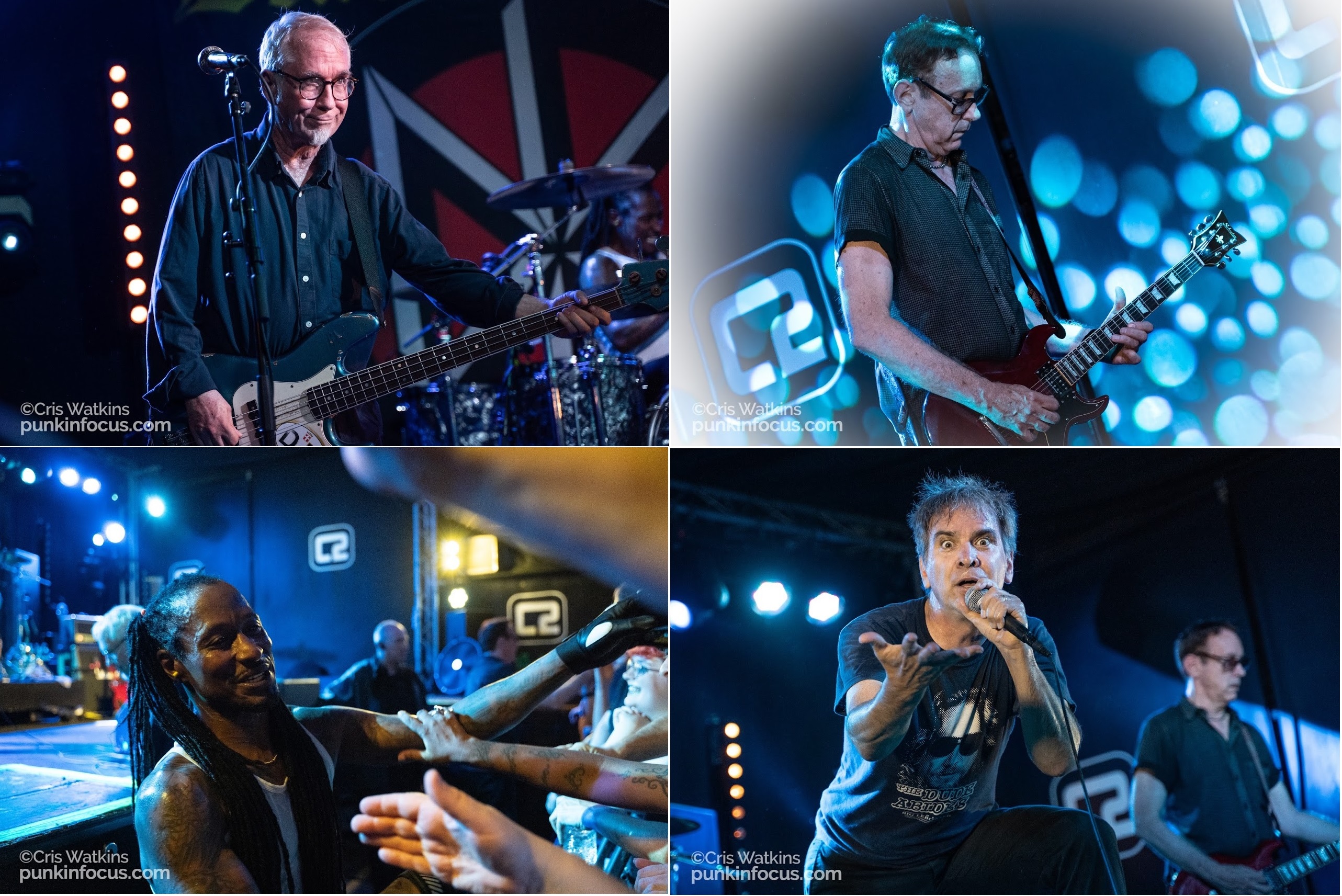 This then leaves the current DK lineup with two early band members guitarist East Bay Ray and bassist Klaus Flouride, both from 1978 and drummer D.H. Peligro from 1981. The band took a sabbatical from 1986 until 2001 when they got back together and hired actor Brandon Edwin Cruz (who is now age 57) as the new vocalist. After a couple of years the vocal duties were handed over to Jeff Alulis, who is better known by his stage name of Jeff Penalty. He had a fascination with Dead Kennedys ever since he listened to their debut album, ‘Fresh Fruit for Rotting Vegetables’. He said singing for Dead Kennedys was “the realization of a dream I never even dared to have.” Joining the band at twenty-five, he was considerably younger than his former bandmates. In March 2008 after performing over 50 shows with the group he announced he was parting ways with the band. Enter Ron “Skip McSkipster” Greer, who has been on vocal duty ever since.

Support tonight comes from Glasgow four piece Catholic Action. My first glance at frontman Chris McCrory’s long dark locks flopping across his white shirt and matching SG guitar suggests they might not be the most obvious choice to support hardcore old school punk. Indeed, as the band strikes up, it quickly becomes obvious that this is rather melodic pop rock, led by chiming twin guitars, over some interesting bouncing rhythms. It’s good stuff, though definitely not punk. House right is guitarist Andrew Macpherson, with trendy specs and a cropped dark beard contrasting with a silver quiff. He’s wrangling some impressive sustain in the guitar breaks. Behind the kit is Ryan Clark, laying down a massive beat, interspersed with interesting staccato breaks. House left is Jamie Dubber, with close cropped hair and a striped shirt, swinging a Les Paul shaped bass on a long strap.

The songs are well crafted, and there’s a lot going on. ‘One Of Us’ has a jolting, bouncy rhythm and a catchy ‘la la’ vocal hook. ‘Breakfast’ has a more languid pace and a very satisfying guitar section. An insistent rhythm guitar figure leads into the soaring intro of ‘Doing Well’. As the set progresses I’m really enjoying the interplay of the two guitars. When both sustain together over a steady rhythm it puts me in mind of Joy Division or ‘Low’ period Bowie. On the more angular and jangly sections I’m thinking of maybe Franz Ferdinand. Catholic Action very much have their own thing going on though, and are well worth checking out. The set closes with the excellent bass led ‘L.U.V.’, and I’m glad I managed to catch this band. 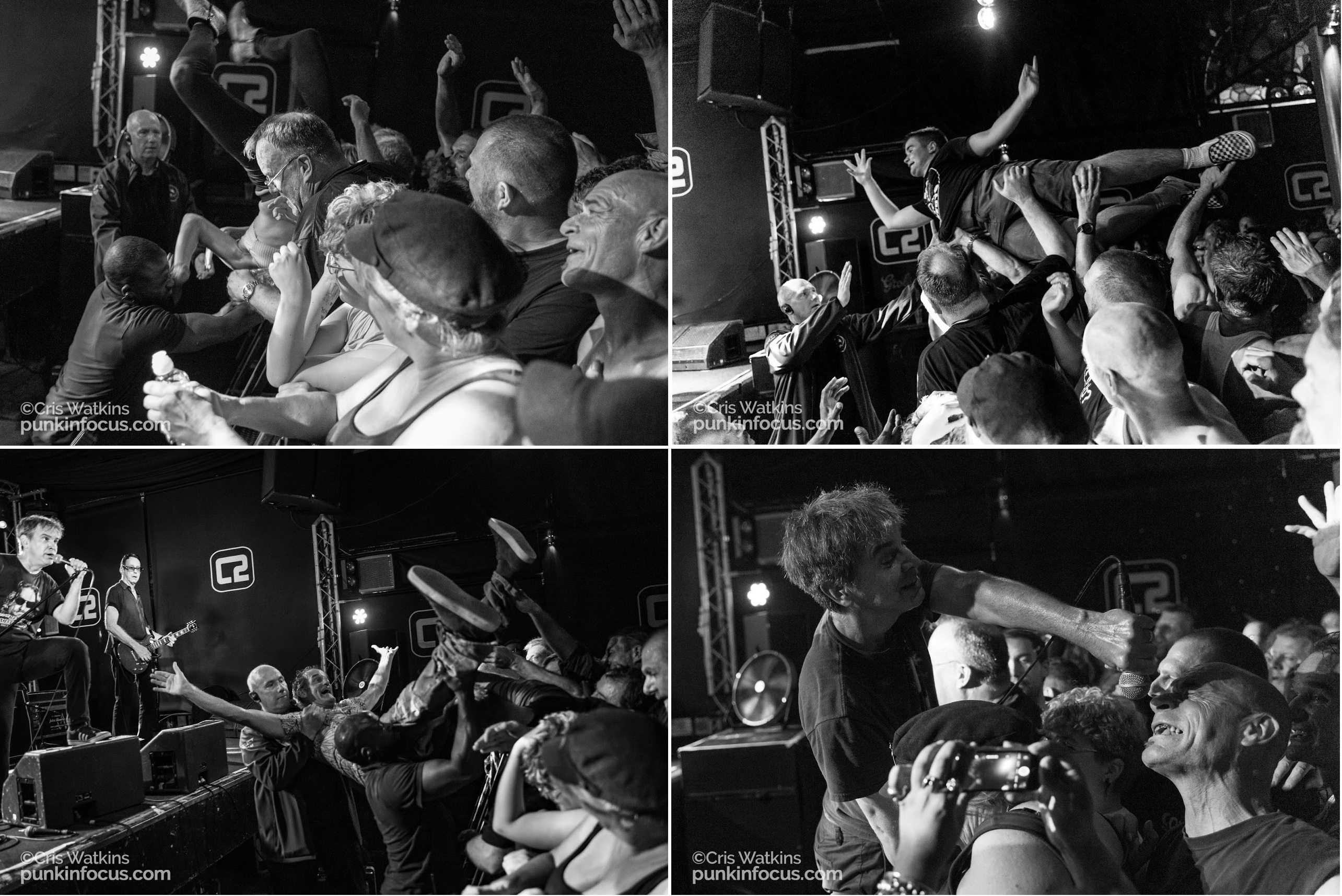 The venue is getting very full by now, and there’s a real buzz of anticipation in advance of the main attraction. I’m rather looking forward to it myself, ‘Fresh Fruit For Rotting Vegetables’ having enjoyed heavy rotation on my bedroom Dansette record player back in the day.

Dead Kennedys take the stage to a massive cheer and launch into a blistering rendition of ‘Forward To Death’. It’s great to see the long time members are still touring, looking well and sounding great. To the right, East Bay Ray exudes cool in tinted specs, his cherry red SG guitar spitting that classic surf trash twang that is so integral to the band’s sound. Over on the left is Klaus Flouride in heavy rimmed specs and a grey shirt, pick hand chugging at a growling Shuker bass. Sticksman D H Peligro’s long dreadlocks are safely tied up above his head as he thunders around the kit.

This is the first time I’ve seen the band since the departure of Jello Biafra, and like many people here I imagine, I’m intrigued to hear what they sound like without their iconic former frontman. Pretty similar, is the answer. Current incumbent Skip Greer has an insistent vibrato in his voice, and retains the hectoring tone of his illustrious predecessor. This may well be contrived to some extent, but Skip looks very comfortable and confident in his role as we move on through the set.

‘Police Truck’ is superb, with East Bay Ray’s classic surf guitar twang echoing around the hall, and there’s another clanging break reverb drenched guitar in ‘Buzzbomb’, as dazzling white light bursts from the stage. ‘Let’s Lynch The Landlord’ prompts a massive singalong, with Skip down at the barriers interacting with the crowd. Introducing ‘Jock-O-Rama’, he tries a bit of audience baiting (presumably in character), taunting us over our misuse of the term “football”. I suspect this argument may have some chronological flaws, and it certainly elicits a massive chorus of boos all around the room, in the style of a pantomime villain.

We continue through the band’s splendid back catalogue with the chilling ‘Kill The Poor’, and a rather enjoyable ‘MTV Get Off The Air’ – now updated to ‘MP3 Get Off The Web’. Most of the band must have a few miles on the clock by now, so I’m hugely impressed by the energy and intensity they sustain right to the set’s climatic conclusion of ‘California Über Alles’. Needless to say there are loud calls for more, and the band has plenty in the locker, including an excellent cover of ‘Viva Las Vegas’ and the doom-laden majestic sweep of ‘Holiday In Cambodia’, surely one of the finest punk songs ever written. It has been an enjoyable evening, and I’ve been pleased to reconnect with a band that meant so much to me in my younger days. There’s a good mix of ages in the audience, suggesting that the material has stood the test of time and continues to resonate with new generations of listeners too.

For further information on the Dead Kennedys visit HERE. 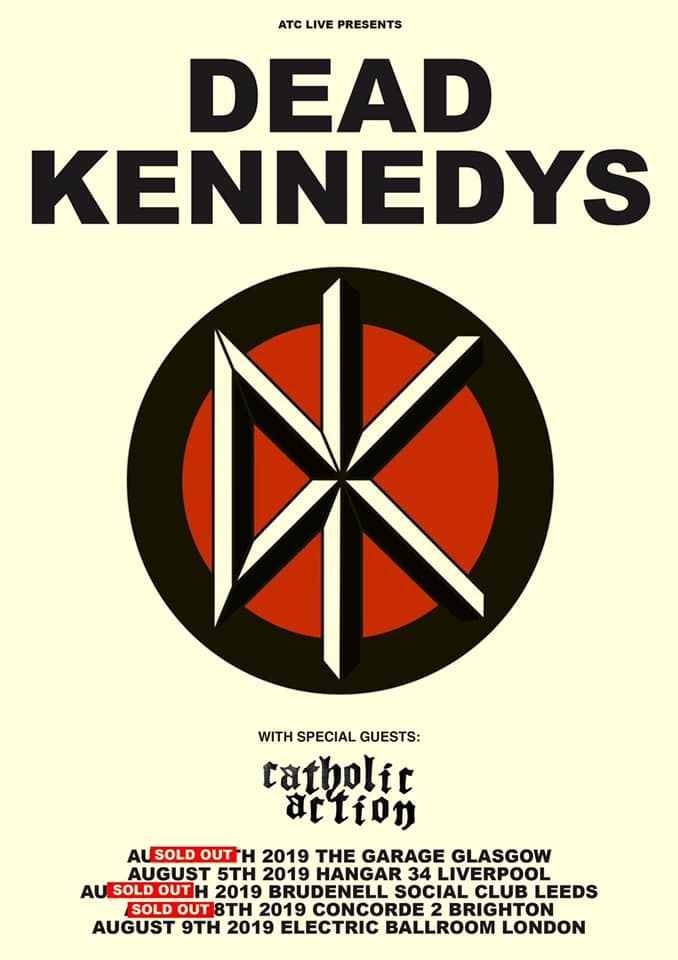