A Brighton man has been jailed for three years for sexually abusing two young children. 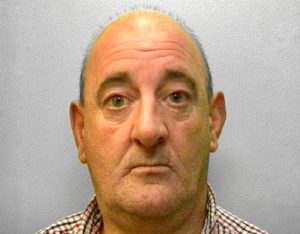 Dowds sexually abused the boy and girl on a number of occasions in the late 1980s, a jury was told.

He denied the offences but was found guilty at the end of a 12-day trial at Hove Crown Court.

Judge David Rennie told him today (Monday 12 August) that he would be a registered sex offender for life.

Dowds was found not guilty of similar offences against another young girl.

Detective Constable Stewart Cameron, of the Brighton Safeguarding Investigations Unit, said: “Dowds had been convicted in 1990, following a police investigation, of an indecent assault against the boy and was sentenced to two years’ probation.

“However, there was insufficient evidence at that time for further action against Dowds in relation to the boy or one of the girls.

“Three years ago the boy, by then a man in his early thirties, decided to revisit his past and contacted us again.

“Our inquiries elicited more information from him and from the girl.

“We built a compelling picture of the way in which Dowds had ingratiated himself with the victim’s families over time and systematically taken advantage of these innocent young children for his own sexual gratification.

“The two victims resolutely gave evidence at the trial and we are glad that justice has now been done for them after all these years.

“Anyone who has been the victim of such offences can come forward, no matter how long ago they happened.

“Contact us online or by calling 101, and arrange to talk in confidence to experienced investigators.”