Dredger sank fishing boat while skipper was distracted by WhatsApp

A scallop dredger sank a small fishing boat off Shoreham, killing three men, while the larger vessel’s skipper was distracted by the phone messaging service WhatsApp.

David Brooks Marr, 53, pleaded not guilty to failing to maintain a proper lookout while in charge of the Vertrouwen.

But a jury at Lewes Crown Court was told today (Monday 2 December) that Marr was using his laptop computer and social media when he should have been on watch.

David Richards, prosecuting, said that the Vertrouwen narrowly missed the small fishing boat, the James 2, but swamped it with water.

As a result the 16ft (5m) James 2 sank and three of the four Romanian men on board died, including the boat’s owner Mircea “Mitch” Ilie, 40, of Elm Grove, Brighton.

The jury heard evidence from the only survivor, Elvis Cojocariu, also from London.

He was left clinging to a buoy and spent five hours in the water before he was pulled from the sea suffering from hypothermia.

He told the court that when he and his friends realised that a bigger boat was heading towards them, they didn’t think that it would hit them.

But when they realised that it was not about to change course, Mitch Ilie tried to steer it to safety.

Speaking through a translator, Mr Cojocariu said: “We all panicked – all of us. Mitch tried to turn the boat around out of the path of the approaching vessel.

“When we turned around, Mitch started waving with a torch. Irinel waved with a torch as well. 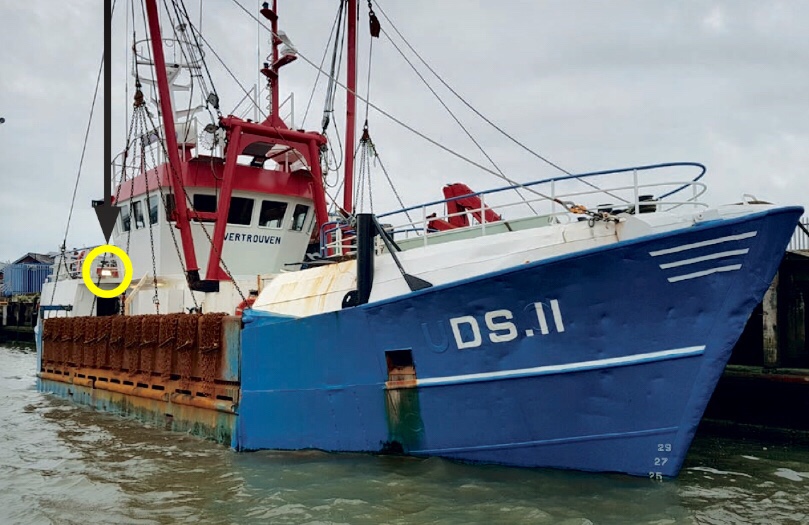 “We never thought the accident would happen … All of a sudden, the water filled the boat. Mitch tried to empty it out with a bucket.

“But there was no chance because another wave came and filled the boat with water.

“The boat went down at an angle and Mitch said to jump into the water.”

Asked whether Mr Ilie had tried to reach the Vertrouwen on the radio, Mr Cojocariu said: “We had no chance. It was very quick.”

Marr, of Towerhill, in Peterhead, near Aberdeen, did not appear to have realised that he had caused the James 2 to sink about a mile and a half off the coast, the court was told.

He had switched the Vertrouwen to autopilot after leaving Shoreham on his way to Grimsby in August 2017.

Mr Richards said that Marr should have been scouring ahead after clearing the breakwater at Shoreham.

He said: “He should have used his eyes, his hearing and his radar as an aid to determine what traffic lay ahead.”

But he failed to maintain a proper lookout, failed to observe the lights from the James 2 and was either absent from the wheelhouse or paying inadequate attention to the sea around him.”

And in any event, he should not have been keeping watch alone at night.

The trial, which is expected to last five days, continues.