A video shows a man wanted by police who are investigating the sudden death of a married man from Hove who was the victim of a “brutal attack” in Brighton.

Sussex Police released the video as detectives issued an appeal for help identifying the suspected attacker and asked anyone with phone or dashcam footage to contact them.

The family of the victim – named as Cameron Devlin – also urged anyone who could help to contact police.

Mr Devlin, 34, was attacked in North Street, Brighton, in the early hours of Saturday 21 December and collapsed and died on Boxing Day.

His family said: “Every night in Brighton, a vibrant mix of people enjoy what this city is famous for – a great place to meet and celebrate life.

“Sadly, for Cameron, this night out ended in a brutal attack.

“Five days later, Cameron passed away and the police are investigating whether this assault was in anyway connected to his death.

“His wife, parents, family and friends are asking for your help and support for the investigation so that we can get to the truth for Cameron.”

“Detectives are working to establish if his death is linked to the head injuries he sustained following an assault in North Street, Brighton, shortly before 4am on Saturday 21 December.

“Four people were arrested on suspicion of grievous bodily harm (GBH) with intent and police have released CCTV of a fifth man who they would like to speak to.

“This was captured in North Street around the time of the assault and anyone who recognises the man or who has any further information about the assault is asked to report it online or call 101 quoting Operation Curve. 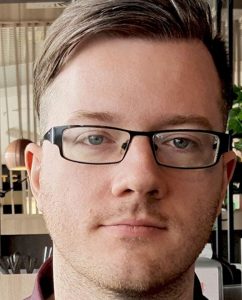 “Detectives are also urging anyone with CCTV or dashcam in the area, including taxis, which may have captured the incident, to come forward.

“Three 18-year-old men and a 19-year-old man, all from Crawley, arrested on suspicion of grievous bodily harm with intent, have been released under investigation pending further inquiries.”