A fire has broken out on the top floor of a house in the North Laine tonight.

Three fire engines and the aerial ladder platform were battling the blaze in North Place, off North Road, at 8pm tonight.

Brighton and Hove News understands the family living there, including their dog, are all safely evacuated. 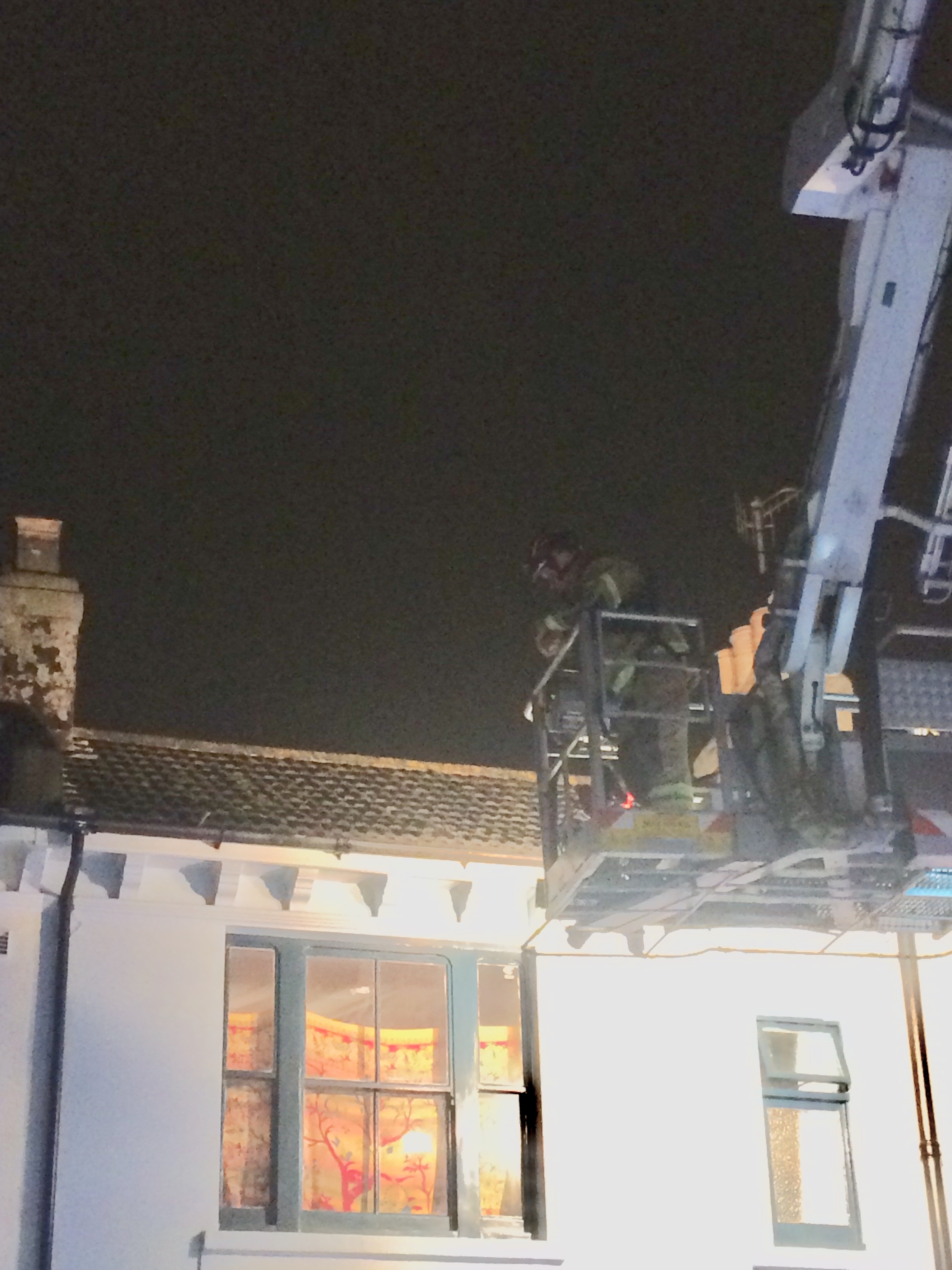 East Sussex Fire and Rescue Service tweeted: At 7.39pm, we were called to attend a fire in a residential property on North Place, Brighton.

“Crews from Hastings and Preston Circus are in attendance.

“Firefighters are using an Ariel Ladder Platform and Stage 1 Breathing Apparatus to extinguish the fire.”

At 9.30pm, the fire was out and the scene handed to building control to check on its safety.