Is the Brighton bin arsonist back? 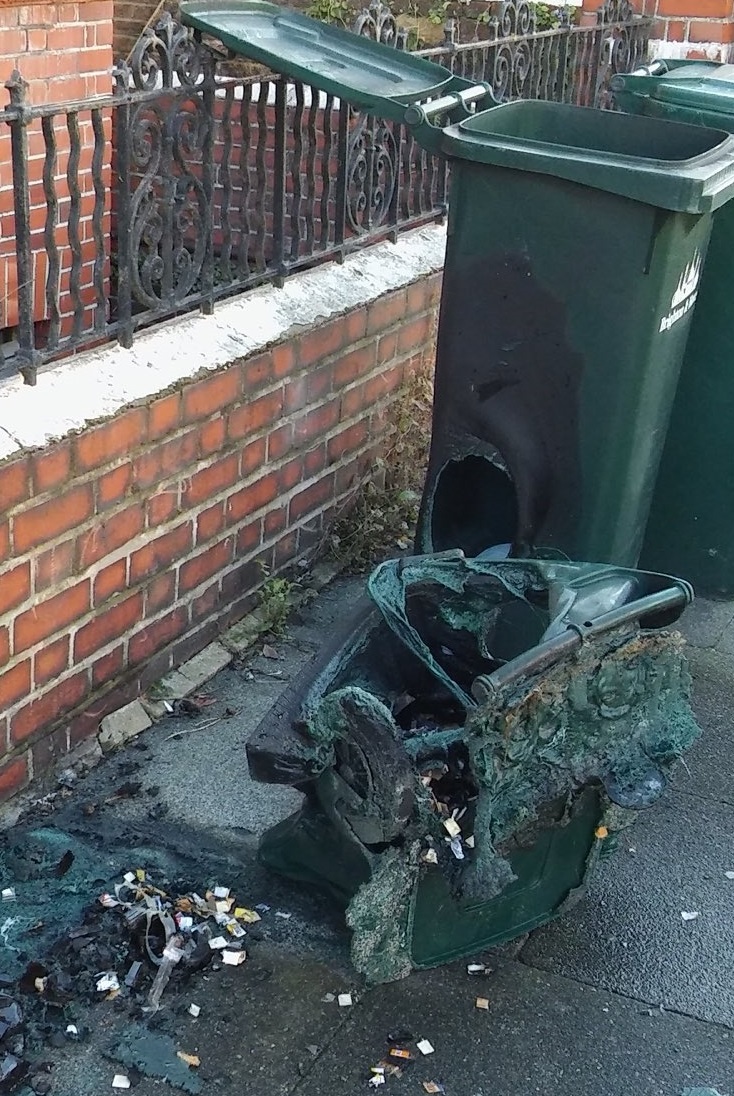 An arsonist travelled round St James’s Street and The Lanes last night setting fire to bins, the fire service says.

East Sussex Fire and Rescue Service says seven blazes were started in bins within the space of about an hour in the early hours of the morning.

The spate of fires is similar to a string of bin arsons in Brighton, often around Seven Dials, in October and November 2017.

Firefighters were first called out to two bin fires in St James’s Street at 3am. Firefighters from Preston Circus attended and used a hose reel jet to extinguish the fires.

Just a minute later, crews from Roedean were despatched to High Street, Brighton, where a wheelie bin was on fire.

Preston Circus firefighters were called out at 3.04am to a wheelie bin fire in Dorset Gardens.

Then ten minutes after that, another bin was set on fire in St James’s Avenue, followed by a bin fire at 3.18am in Steine Street.

All were extinguished with hose reel jets.

Finally, at 4.03am, Roedean firefighters were called to a wheelie bin fire in Ship Street.

A spokeswoman for East Sussex Fire and Rescue said: “Arson and deliberate fires are a serious problem for the Fire Service, the police and the ambulance service. They endanger lives and divert valuable resources.

“Arson is a criminal offence that can lead to loss of life and injury. It can damage property and have a negative effect on the environment.

“Arson often starts with a fascination for fire and progresses to lighting small fires but this can quickly escalate onto skips, cars, derelict properties and most disturbingly people’s homes.”