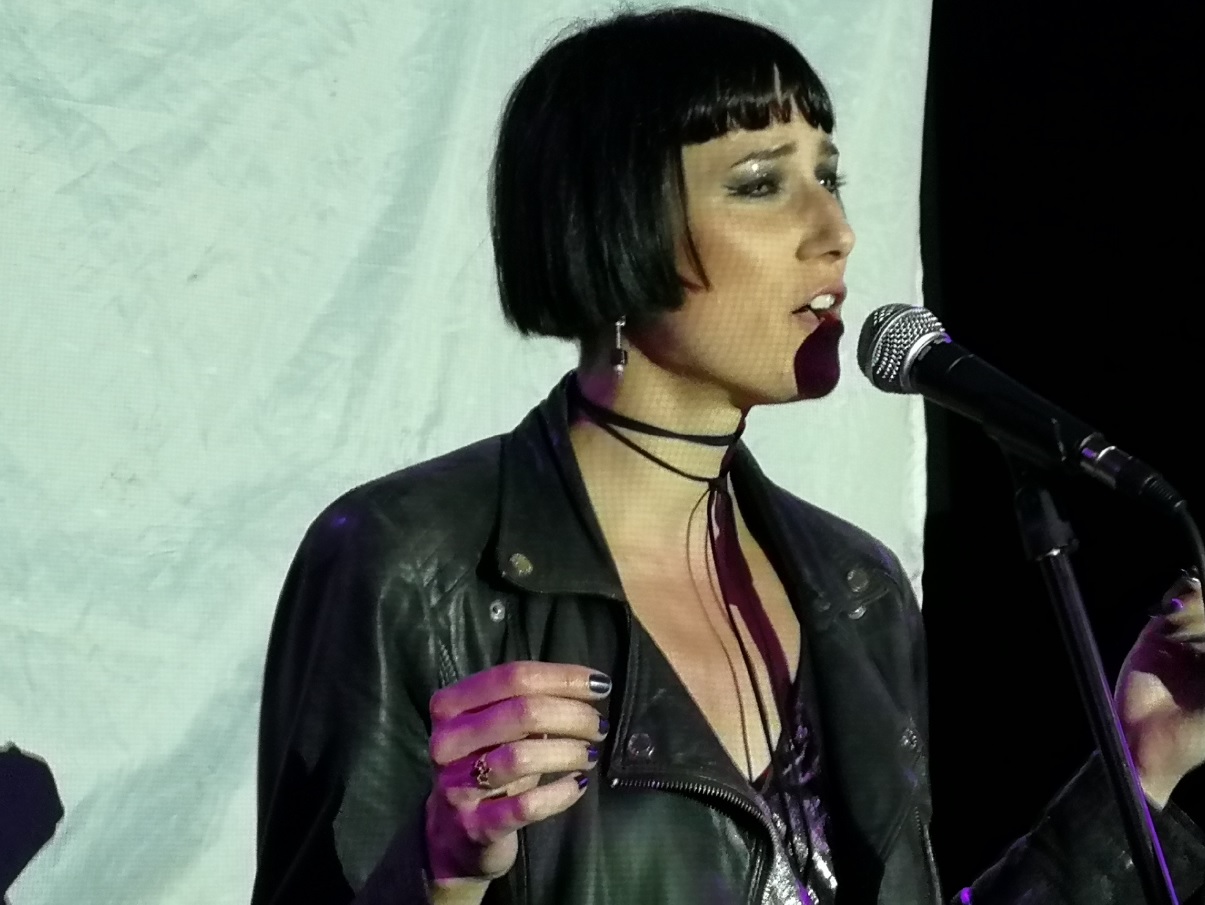 The event took place from 7pm to around 10:30pm and was followed by a separate club night. Everyone present had a really fab time and all three acts went down rather well. The other acts being local boys Fruity Water and local young lady Cosmic Caz. The only personal gripe I have is that we were hurriedly ushered out of the premises by the security staff, in a ‘right next event attitude’. I have been to the Green Door Store many times before and this is the first time it’s happened to me, although I did overhear a punter from Lewes saying that he had encountered this before at the venue. Otherwise I guess it would have been a perfect event for me. 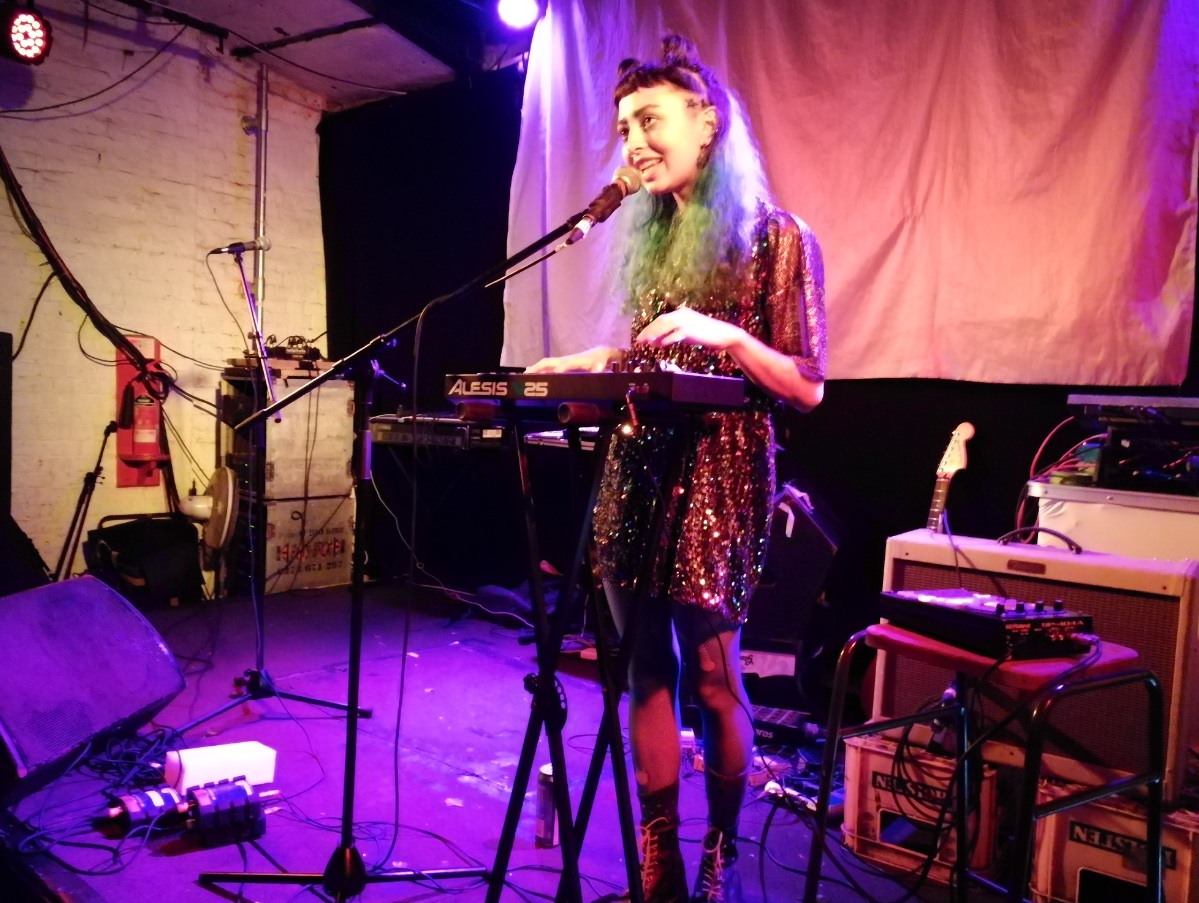 First up was the strangely appealing Cosmic Caz, who is a young lady in the mould of a 21st century Annabella Lwin (of Bow Wow Wow fame) that states that “she is expressing and understanding through sound within the cosmic realms and that she immerses you in chaotic ethereal soundscapes, rattling drums, sweeping warbling synths and squelching field recordings that provide a pleasant sensory overload”.

Yep, that’s about right. So in layman’s terms I would suggest that if you are a fan of music on the outer reaches such as Gazelle Twin, early Cabaret Voltaire, the BBC Radiophonic Workshop, The Human League’s ‘Dignity Of Labour’ 12” EP and sounds that might be made by collapsing galaxies, then Cosmic Caz is well worth investigating.

Not sure what that all means? Then click HERE to watch her latest video for ‘Nature’s Glitch’. 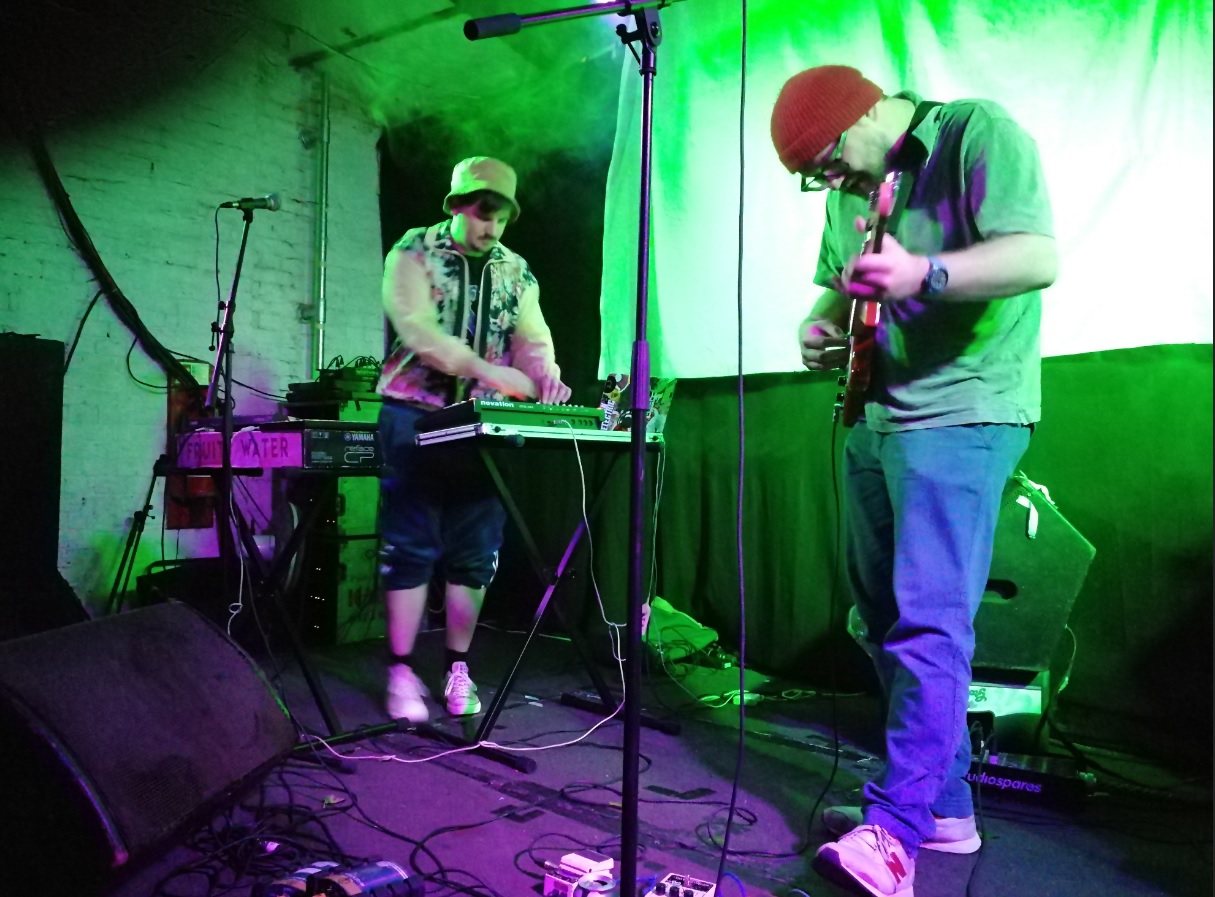 Next up were two Brighton based lads, Adam and Smalan, that are known as Fruity Water. They offer up their own charming melodic down to earth blend of synth and guitar sounds rather like New Order.
For a majority of their set, their songs were joined megamix stylee and thus not giving punters any chance to applaud. When the did finish, the guys got their reward from the punters. 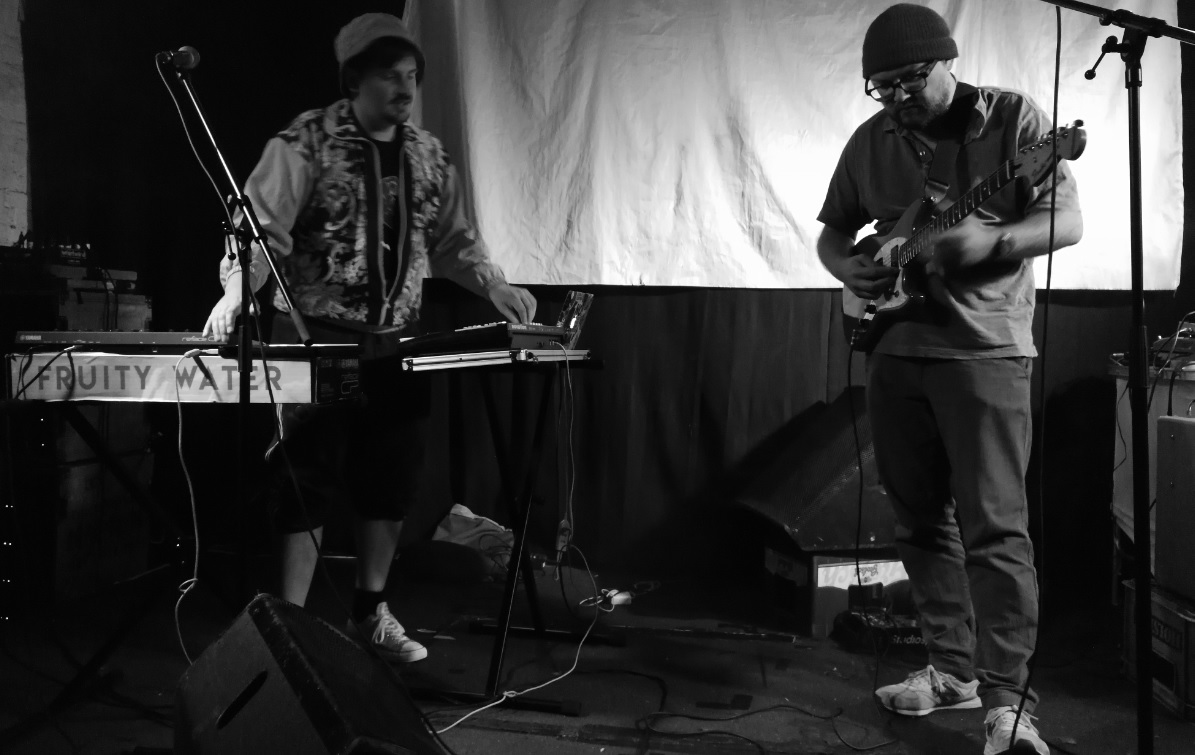 I had seen them back in March when they supported the wonderful AK/DK and I have to say that this time I enjoyed them slightly more, which is an encouraging sign. Their set this time was I suspect the same as my previous time but with an additional new track, which I believe is called ‘The Grove’ and will appear on the lads forthcoming release. Highlights were ‘Dance With Me’, the penultimate song ‘Fantastic Day’ (not the Haircut 100 one) and their elongated final track ‘No Happy Endings’. 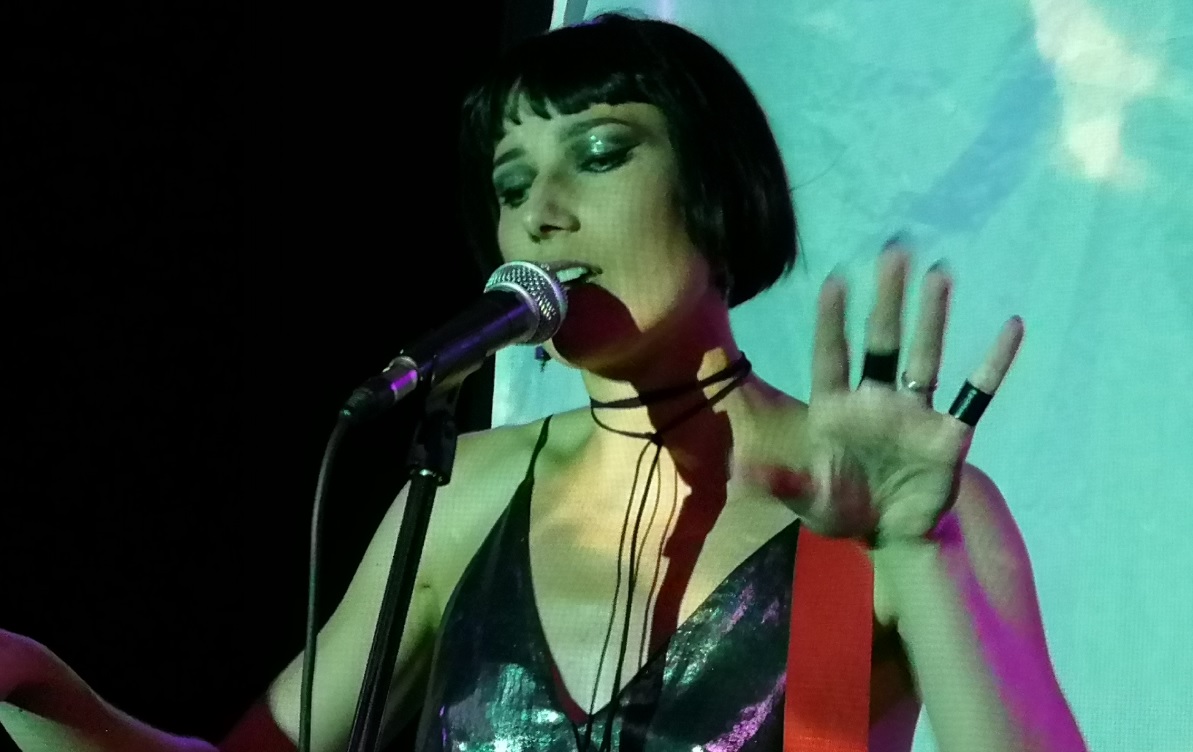 It was now time for the much anticipated new set from the Battery Operated Orchestra. BOO are Brigitte Rose who looks like an art deco model and hails from Tasmania and hubby Chris Black who is originally from Scotland and they make their own blend of addictive catchy synthpop. 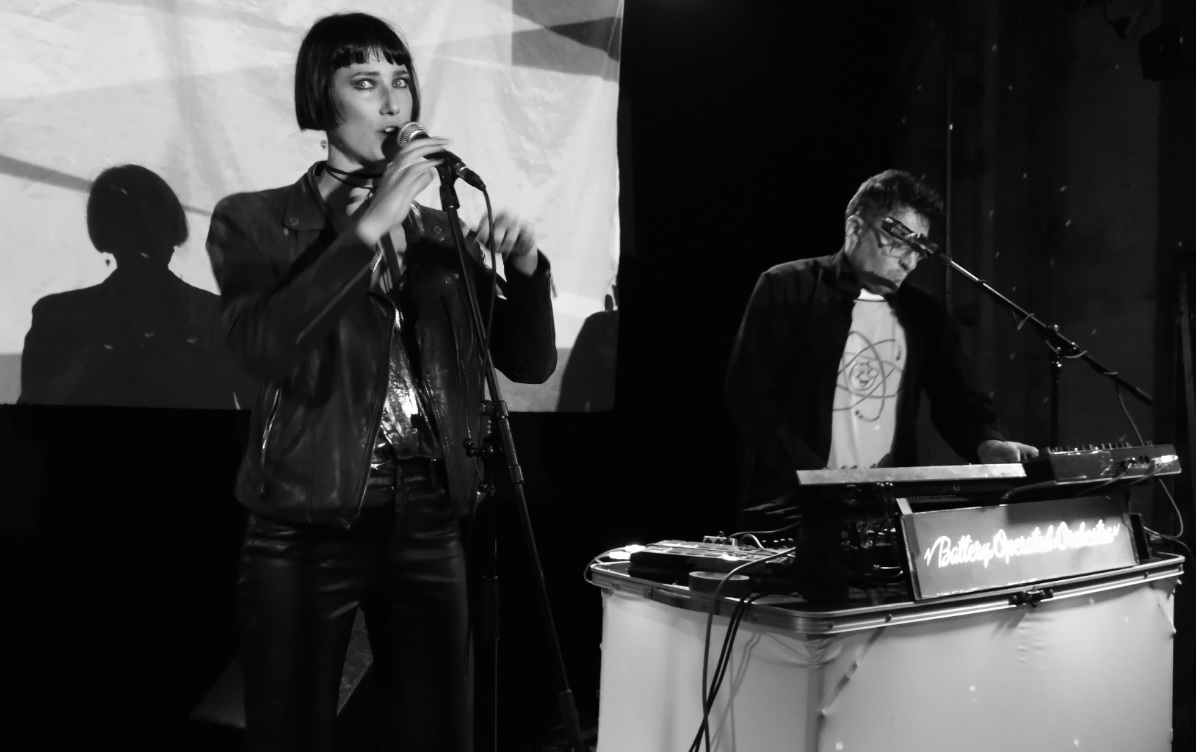 Their music has been supported by BBC radio, WFMU and many other fine stations across the world. They are quite a creative pair as not only to they craft their own musical material, but they make their own videos and even the CD artwork, which DJs have described as some of the most beautiful they’ve seen. They had their distinctive ghost style BOO t-shirts and CD’s on offer in their homemade ‘BOO-tique’ at the Green Door Store on the night. 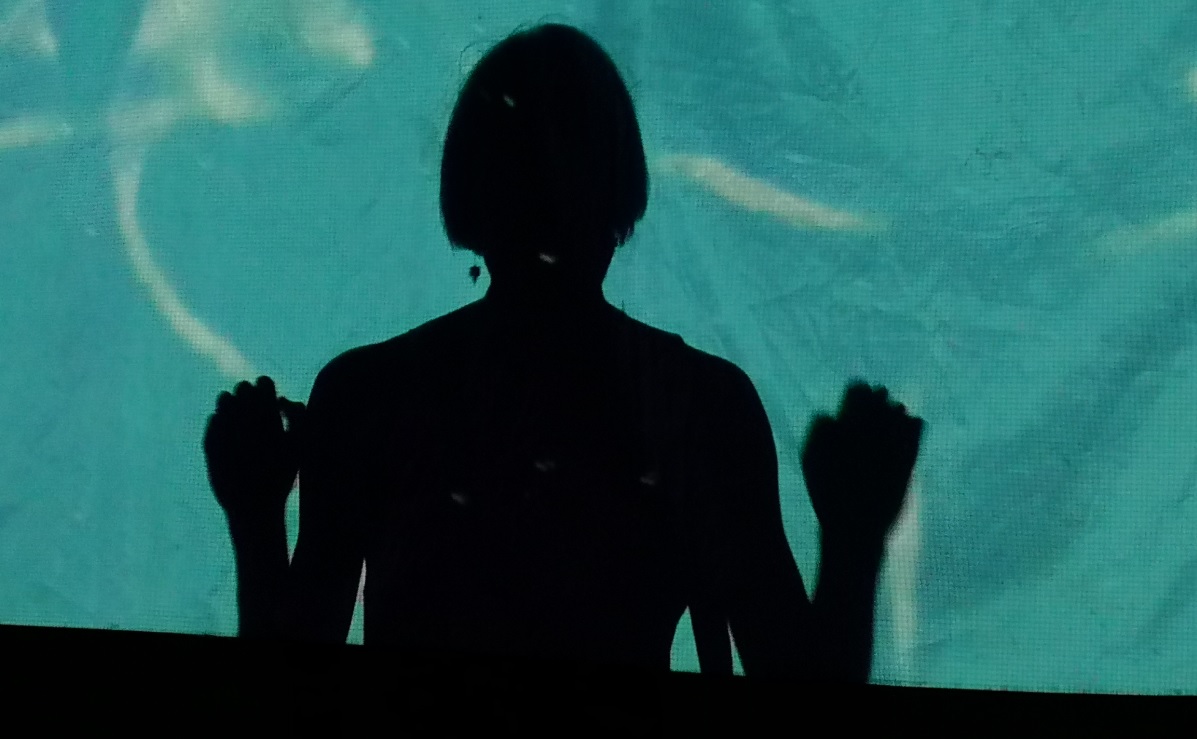 There’s no hiding the fact that I am a massive fan of theirs and encouragingly they are also both very nice people indeed. They will be releasing their next album on 10th August, which is called ‘Snare’ and the lucky punters were treated to a preview of three tracks from this forthcoming album ‘Bella’, ‘Optical’ and lead single ‘Perfect Wreck’ – watch the video HERE. 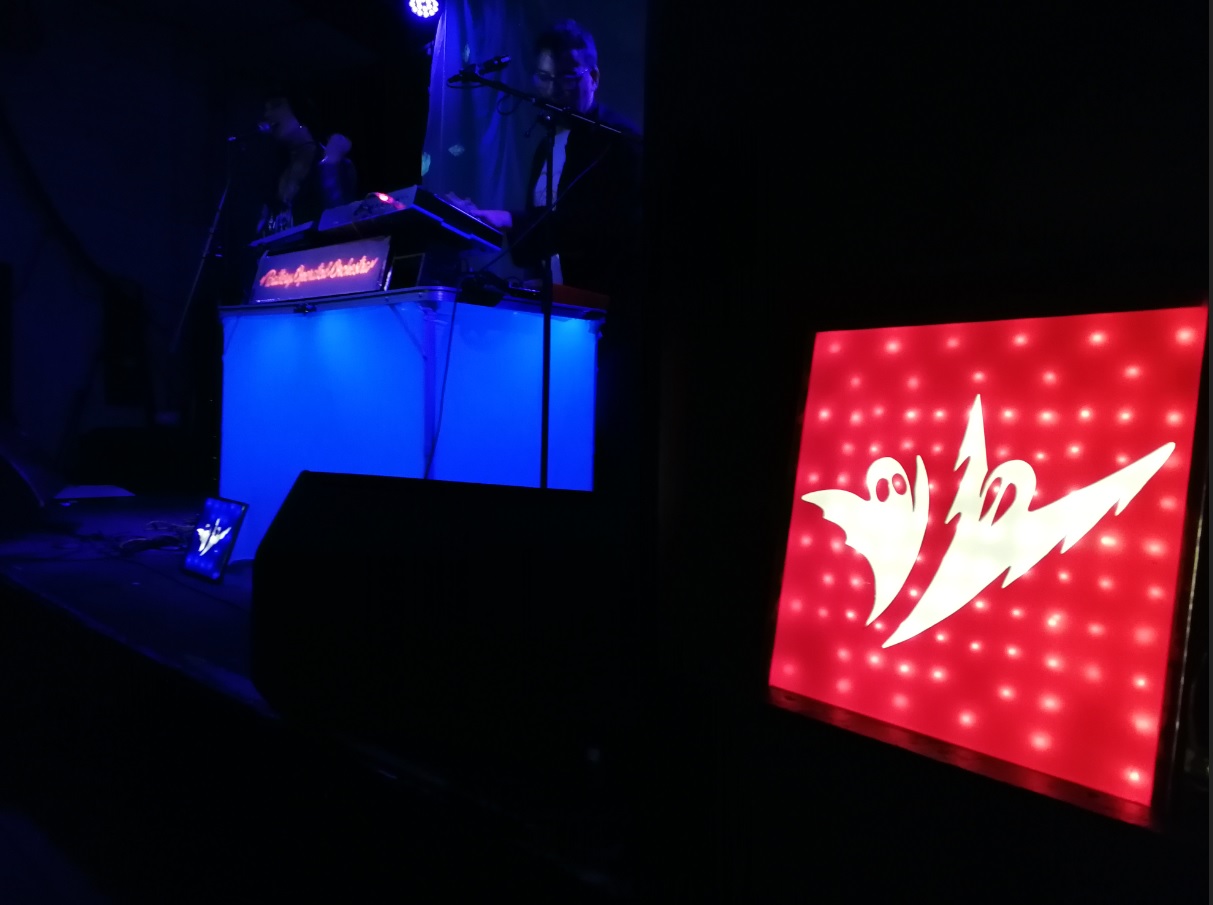 They thankfully kept some songs from previous releases which included ending the set with my favourite two songs of theirs ‘Fairy Tale’ and ‘Radiation’ both found on the 2016 album ‘Radiation’, which has received very high praise indeed, including this from Stefan Last of Electroskull “If you’re even the slightest bit interested in electronic pop, then the album offers 42 minutes of uninterrupted pleasure. 10/10 – Classic” 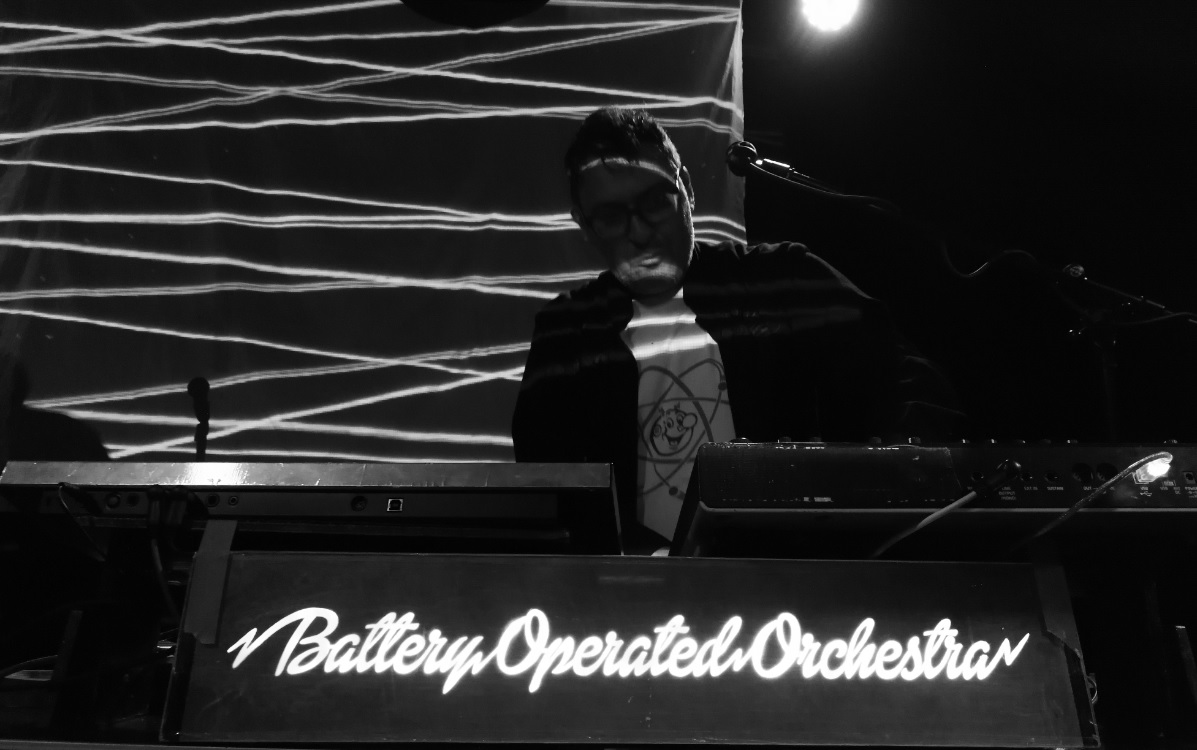 Teaser for the forthcoming album……………..

If you enjoy synth music like the Battery Operated Orchestra, then the chances are that you will also enjoy the bands listed below. Simply click on each of the names and they will take you to our concert reviews on those bands: